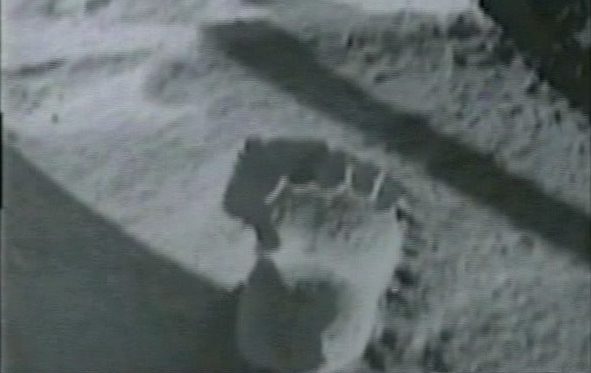 First of all, this film is more of a monster movie than a straight-up horror outing, but I cite it here for completists and also due to its controversial status and attendant rarity. Known and released in the United States as HALF-HUMAN (1958), Toho's 1955 JUJIN YUKI OTOKO — roughly "monster snowman" — was never given an uncut release here and was yanked from distribution in its native Japan early in its run. That's a shame because it's an okay little creature feature from the legendary director Ishiro Honda, who a year earlier unleashed Godzilla upon the world in the classic GOJIRA (1954). 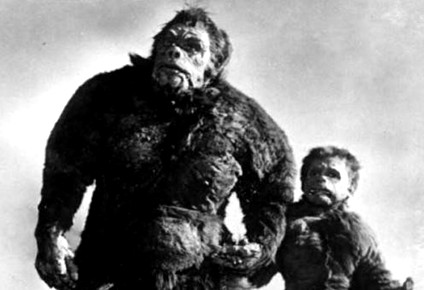 The "abominable" snowman and child.

I won't go too heavy into detail, as this is pretty much a standard Abominable Snowman yarn, but all you really need to know is that it's about an assortment of humans who want to find the snowman (and its child) who they believe to be a dangerous menace, and during the course of the story we also meet a community of primitive mountain villagers who venerate the snowman as a local spirit/god. The mountain area where the snowman lives is infamous for no one who ventures there ever coming back, which is assumed to be because the snowman kills outsiders, but the snowman's actually quite mellow and even helpful when push comes to shove, and the villagers are revealed as the murderers of interlopers. Needless to say, some of the humans want to capture and exploit the snowman and that course of action predictably leads to tragedy, while the mountain village's sole hot chick (Akemi Negishi) must redeem herself in the eyes of her people after she rescues an outsider after he suffers a dangerous fall. Anyway, the bad humans kill the snowman's child, which causes him to rampage and destroy the village, after which he pulls a King Kong and abducts the film's answer to Fay Wray (Momoko Kochi, who was the female lead in GOJIRA). And, like I previously stated, tragedy occurs. 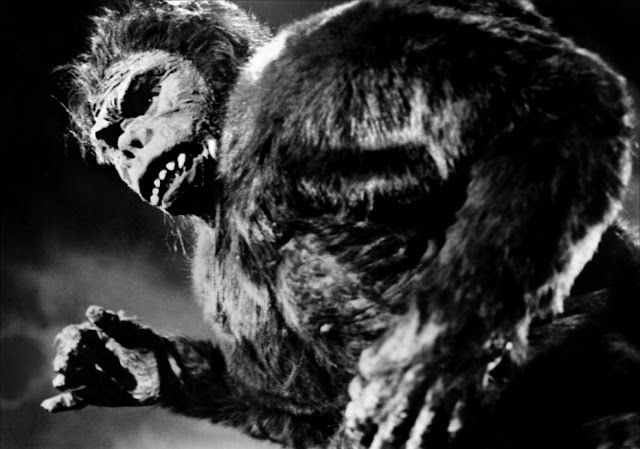 As content goes, the film is not scary, violent, or gory, so why has its un-bastardized version been suppressed by Toho for over sixty years? Well, it's all down to the depiction of the mountain people. Some sources say they are meant to represent Japan's Ainu people, an indigenous ethnic group, or the Burakumin, "hamlet people" who are deemed "unclean/impure" because of their roles as slaughterhouse workers, executioners, undertakers, and other functions that place them in close proximity to death. I'd say the closest American equivalent of the stereotype would be our perception of hillbillies, rednecks, and other "poor white trash" as unsavory, sub-human, inbred vermin, and as such the depiction of the villagers could be considered offensive or insensitive. When Japanese film studios withhold their own works, it's usually for reasons of sensitivity, which is commendable and kind of unexpected when one considers the often outrageous, insane, over-the-top, and offensive material found in a lot of what they unleash on screens. 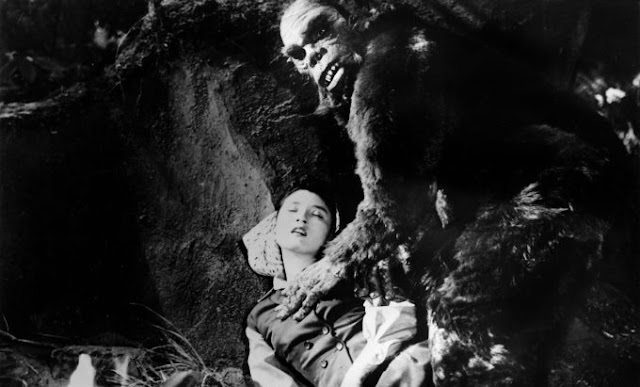 The snowman pulls a Kong.

And let us not forget HALF-HUMAN, which was the westernized version. It gave the Toho original the same shabby treatment that both GODZILLA RAIDS AGAIN — re-edited and retitled GIGANTIS THE FIRE MONSTER — and VARAN THE UNBELIEVABLE received when they hit the States. New footage with American actors was shot and inserted into the films while chunks of the originals were excised. (The re-jiggering in VARAN was especially egregious, as most of the movie's giant monster footage was inexplicably swapped out for a newly-shot romance plot involving an American soldier and Japanese woman.) The one saving grace of HALF-HUMAN is that it moves at a much more brisk pace than its Japanese source, so I say stick to the original. 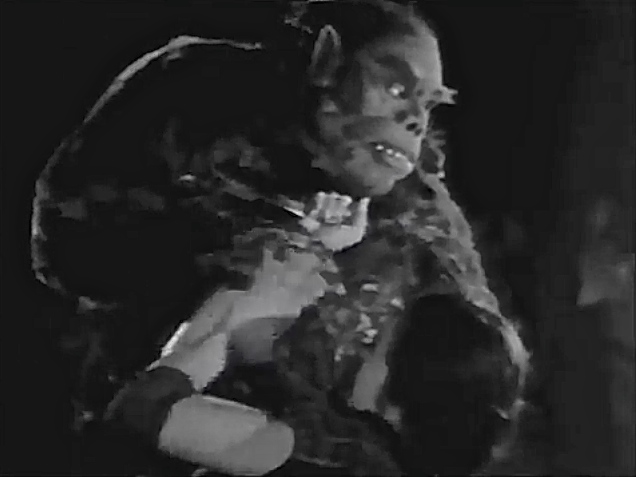 "But, Bunche," I hear you ask,"If Toho took the film out of release and has kept it suppressed for over six decades, how could we ever get to see the unadulterated version?" That, my friends, it where the collector's "grey market" comes into the picture. I have no idea when or how, but as of the past couple of years a grainy print of JUJIN YUKI OTOKO has been turning up in bootleg DVD form, often with HALF-HUMAN thrown in for good measure, at big horror and comics conventions in the dealers' area. I stumbled across it a while back and snagged it, largely because I was curious to see if it was any better than the HALF-HUMAN edit that I saw during my early "monster kid" years, and I was pleased to see that the film quality, while admittedly a tad hazy, was more than clear enough to be watchable, and the subtitles were actually quite good. (Sometimes with this sort of unofficial release, the subtitles may get done by someone whose command of the English language is, to put it kindly, rudimentary at best, and downright incomprehensible at worst. The majority of those badly-subbed items hail fro Hong Kong.) The first copy of it that I obtained also featured running time codes at the top of the frame for the entire film, but one soon learned to ignore them. The bootleg has since been given a professional-level upgrade, in that the time codes have been blurred out, which works just fine over a black and white film.

BOTTOM LINE: Definitely worth a look for Toho and Ishiro Honda junkies, as well as fans of cryptozoological thrills. 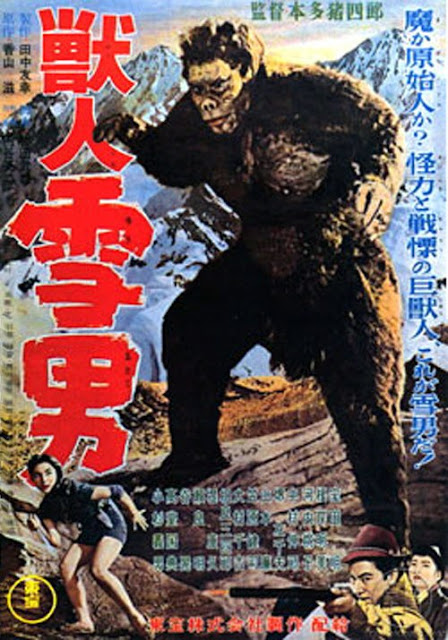