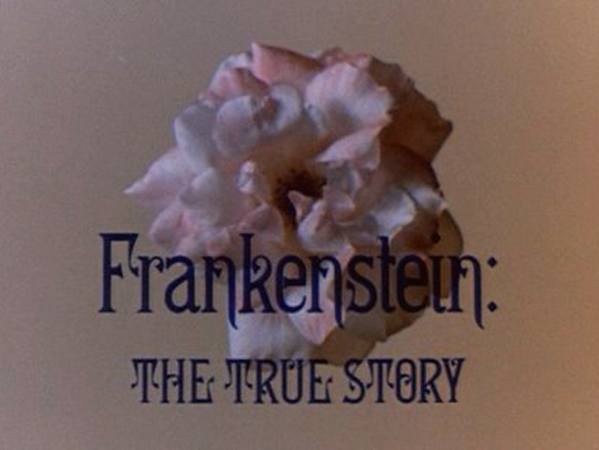 In November of 1973, I was eight years old and already an addicted "monster kid" who feasted on  the horror movies that were in heavy rotation on local TV, and by that point my understanding of the genre had not yet graduated from the kid-friendly realm of what was deemed universally appropriate. That state of innocence was forever shattered when NBC aired the two-part made-for-television FRANKENSTEIN: THE TRUE STORY.

When I was eight, I knew of all things Frankenstein via cultural osmosis. I'd seen the doctor and his creation referenced in countless cartoons, comic books, TV shows, toys and models, pictures in monster magazines and books on horror movies, and the only Frankenstein movie I had seen was FRANKENSTEIN CONQUERS THE WORLD (1965), a distinctly post-Godzilla, very Japanese take on the monster that rendered him a giant that fought other critters of the variety commonly found in the films of Toho Studios. I loved it and could not understand why most Frankenstein fans wrote it off as an outright turd that was a blasphemous bastardization of the concept. Significantly, I also had not read the source novel, which I freely admit I would have been too young to make my way through or fully comprehend, So, when FRANKENSTEIN: THE TRUE STORY was announced as an upcoming TV special event, I obtained my parents' permission and sat down to watch it, expecting another mild spook show that would have been right at home on a Saturday afternoon. What I got instead was an eye-opening exercise that changed my life and stepped me up out of the little league.

If you've ever seen even a halfway decent Frankenstein flick, you know what to expect. Dank and cluttered laboratories filled with sparking electrical equipment and bubbling beakers, the pilfering of recently-dead corpses, gratuitous displays of severed limbs and assorted surgical procedures (sometimes quite gory for the time), the doctor shunning his creature for being either too grotesque or homicidal or both, the monster inevitably going on a murderous rampage, and sometimes even the stitching together of sundry body parts to craft a beautiful (if eerie) female monster. All of those tropes are found in FRANKENSTEIN: THE TRUE STORY, with every effort made to replicate the look and feel of the Frankenstein films previously released by Hammer Studios (minus the cleavage and heaving bosoms, alas), so if you are already familiar with the basics, there's really little need to go into detail on this film's plot, but I'm gonna do it anyway. It's well-written, acted, and directed, but it's basically a fun and vivid catalog of all the expected goodies, plus a few signature moments of horror that keep the film alive in the memories of those who saw it at an impressionable age. All one really needs to know is that it's about an atypically sane Victor Frankenstein (Leonoard Whiting) having Regency-era medical misadventures while working on curing death, motivated by the untimely death of his younger brother. The abridged version: 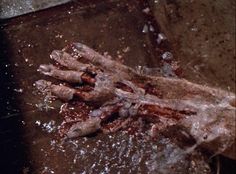 Proof that almost anything could be gotten away with on 1970's TV. Good luck showing this during primetime today! 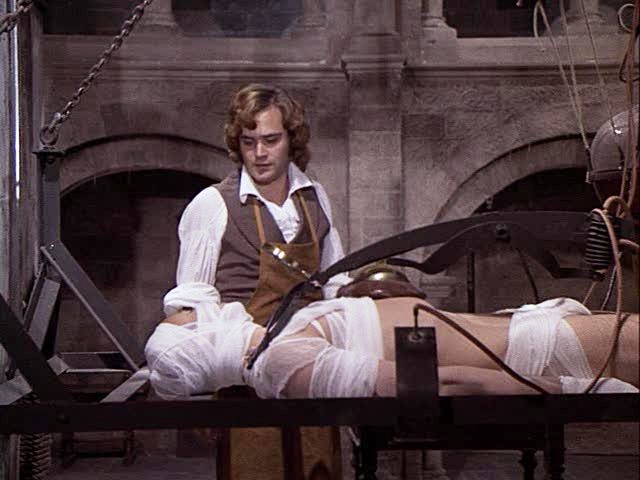 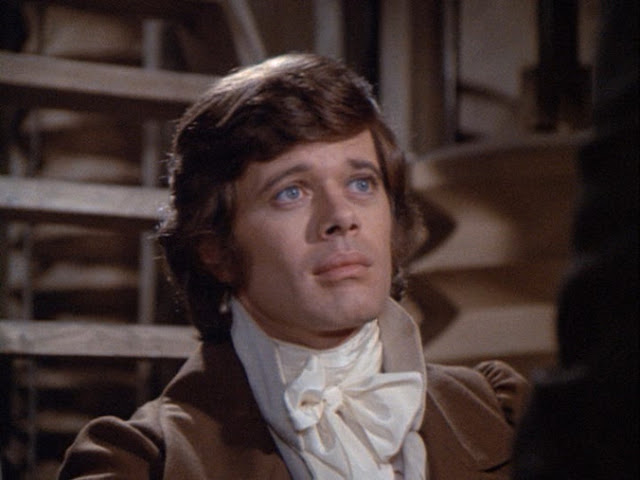 The monster in his handsome early phase.

who is at first quite handsome, pleasant, and friendly, so Victor parades him around through high society.  But once the physical corruption sets in, the creature becomes aware of his ugliness and unintentionally causes assorted mayhem. Embittered, the monster flings himself from a cliff and is presumed dead, but instead survives. 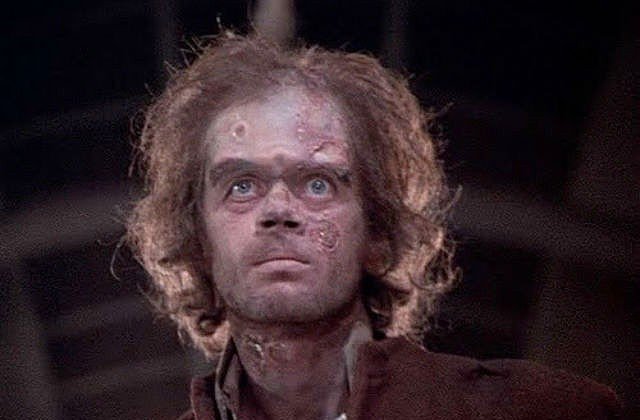 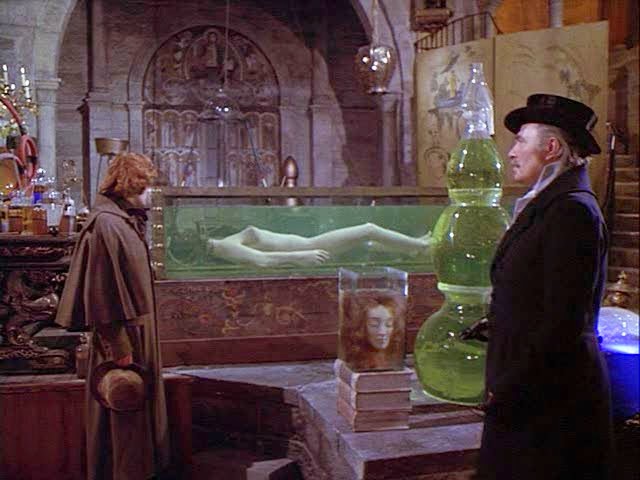 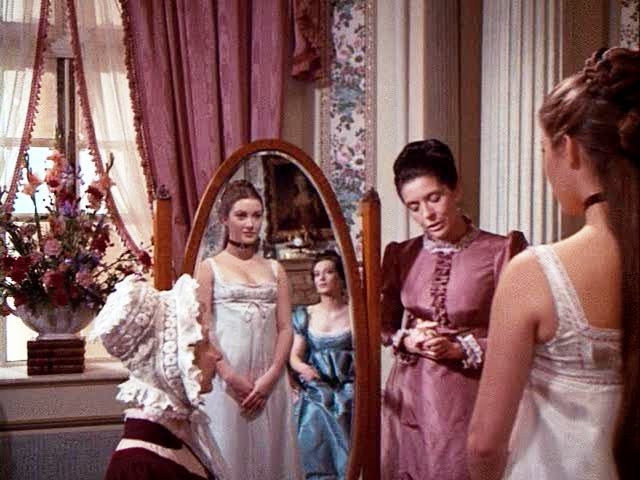 The homemade hotness of Prima. 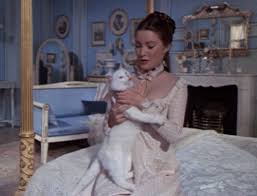 But Prima is nonetheless a scientific/medical breakthrough and is afforded every advantage that will mold her into the perfect lady. 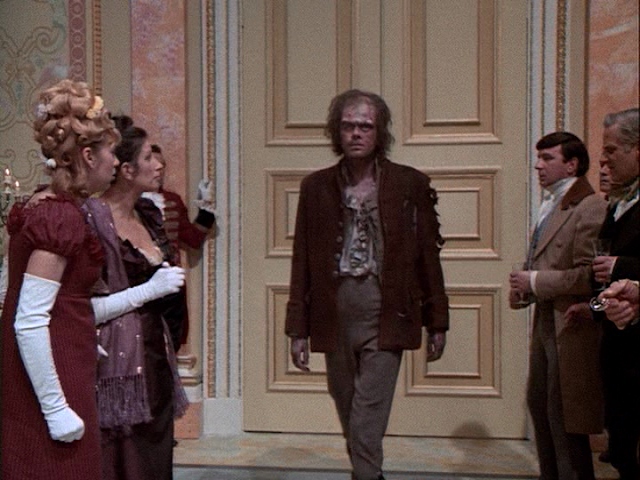 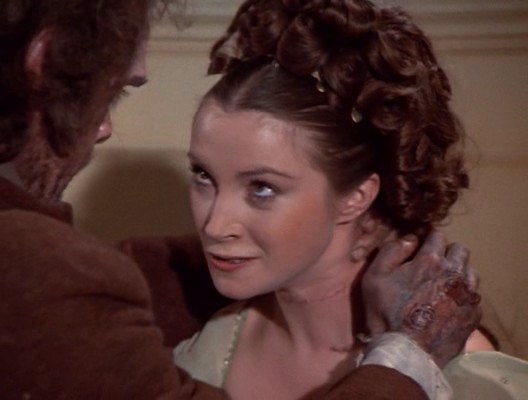 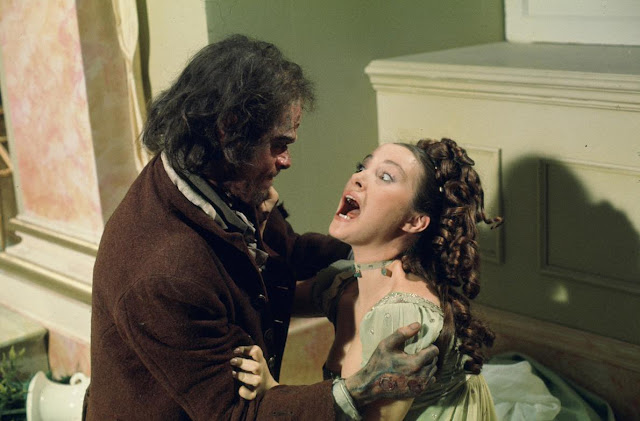 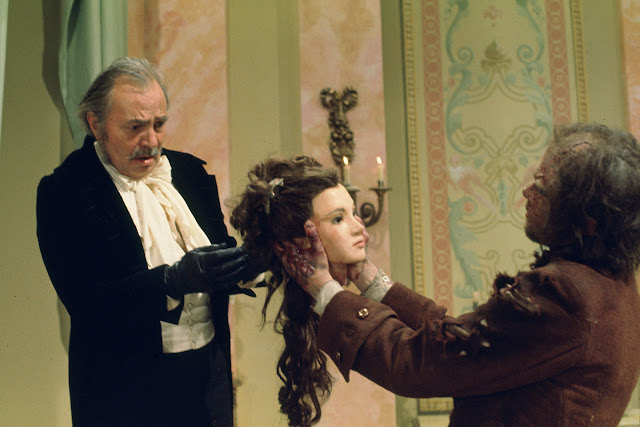 After that, it's just a matter of the clock winding down and the monster and his creator facing off for a final time in an apocalyptic and rather ridiculous climax.

Though labeled as "the true story," the film instead bears a lot of the novel's spirit while eschewing nearly everything else about it. The book is a very cerebral piece in which the monster is an articulate tortured soul whom we get to know and care for greatly, despite the atrocities that he commits, while this film's iteration of the creature is basically a put-upon dufus whose crimes are mostly accidental,  with his truly awful shenanigans not really getting underway until the final fifth of the movie. Victor is clearly neither mad nor obsessed, and his pursuit of forbidden knowledge comes off as more of a committed hobby than anything else. When all said and done, FRANKENSTEIN: THE TRUE STORY is by no means perfect, but it served as a fun and engrossing entryway into more grown-up horror entertainment and has more than enough memorable bits to make it worth sitting through. It's a tad over-long, clocking in at just over three hours (minus commercials), but it's still one of the better entries in the legion of Frankenstein flicks. 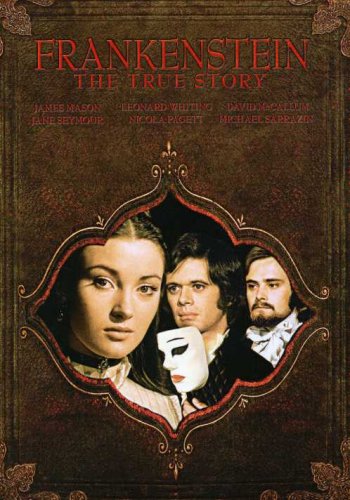 I remember watching this as well. I was much too young to be doing so at 5 but I am very glad I did. It certainly had an effect.