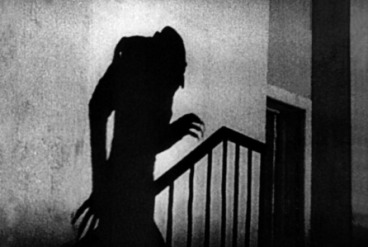 Just one of the film's nightmare-fuel images.

NOSFERATU, A SYMPHONY OF TERROR is one of the most influential horror flicks ever made, standing tall as one of the crown jewels of German expressionist cinema and sporting one of the most iconic and horrifying vampires ever committed to celluloid. No lie, it's a straight-up masterpiece of chilling, creepy eeriness, and the beauty of it is that it's basically a bootleg Dracula movie. I may love it, but that affection cannot mask the fact that it's a shameless knockoff. No lie, NOSFERATU is an unlicensed adaptation of Bram Stoker's novel DRACULA, and Stoker's heirs sued over the flagrant copyright infringement. The courts decided that all existing copies of the film were to be destroyed, but some survived and it's a damned good thing that they did, because this film is arguably the best Dracula movie ever made.

In fact, NOSFERATU is such a bootleg that I won't bother to go into the plot in detail. All you need to know is that it contains all of the basics of the seminal Dracula story, and I make a case for it doing better at it than any other adaptation. While the classic 1931 Bela Lugosi version cemented the image of the Count as more or less a suave undead aristocrat/pimp and Christopher Lee's interpretation was a study in Gothic rage and outright evil, Max Schreck's Count Orlok leaves them both in the dust when it comes to sheer creepiness and malevolence of presence. 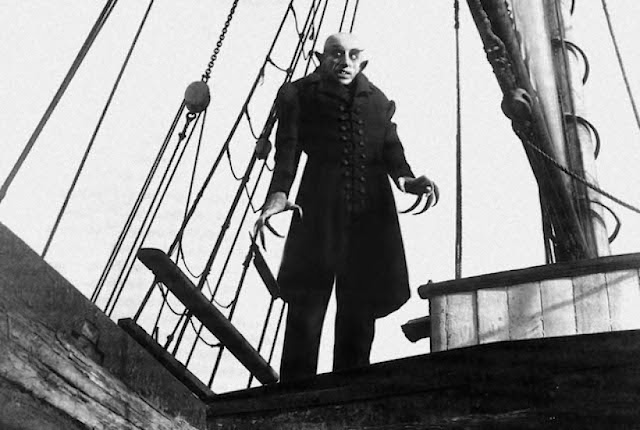 Count Orlok (Max Schreck). Hand down my favorite cinematic vampire, this guy is a nightmare made flesh.

Slender, pale, pointy-eared and markedly rat-like in appearance, Orlok bears none of the glamour of perceived sexiness of the undead suckfaces that came in his wake and has the decency to be simply a straight-up, unapologetic monster. When we first meet him, his bald pate and pronounced ears are obscured by a hat, but as the film progresses he sheds all pretense of humanity and prowls the night with claws that bring to mind the deadliest of scythes. 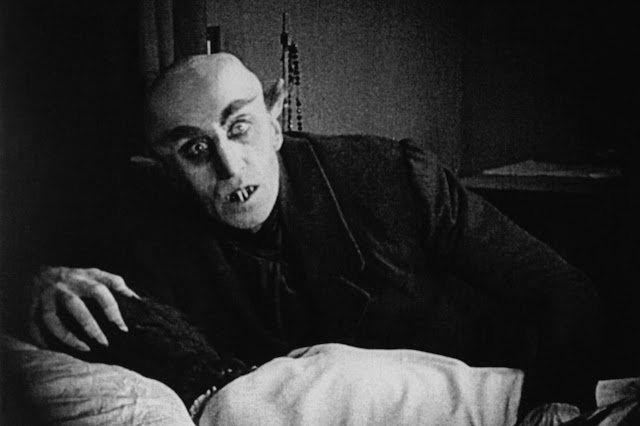 No sex-appeal or sparkling for this vamp.

Orlok's menace is immeasurably aided by the silent-era black-and-white imagery and that distinct look of its period's German expressionist aesthetic, which only roots the film even further into the nightmarish. And it should also be noted that NOSFERATU is surprisingly lively for a film of its antique vintage. While many other silent films can come off as too arch or bring due to outmoded early filmmaking aspects, NOSFERATU's 94-minute running time holds the viewer in a tight grip, even if one has seen many of the subsequent Dracula iterations, and it is never dull.

This one's a classic for numerous reasons and is a must-see for all horror and vampire enthusiasts. It's a concrete case of one of a genre's progenitors proving not to just be some stolid fossil fit only for scholarly consideration. NOSFERATU is the balls-out real deal and its eerie quality is unlikely ever to fade. 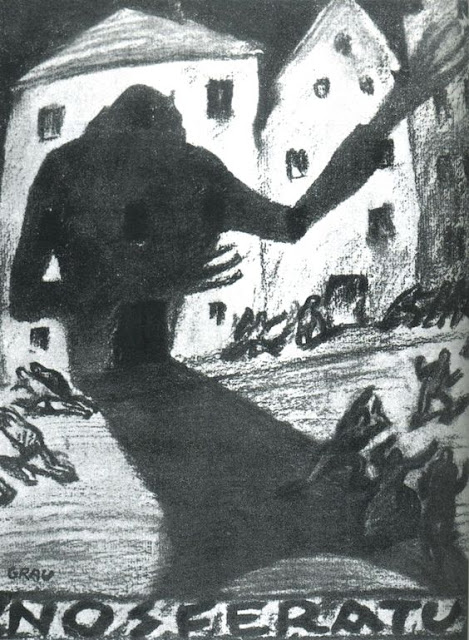