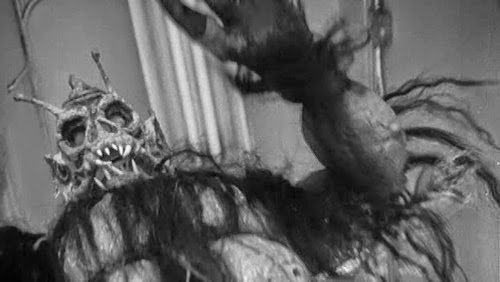 The horror genre, almost more than any other, is replete with schlocky Grade-Z crap designed to part the consumer from its hard-earned cash, and sometimes flicks of that nature can be a lot of goofball fun. One such example is FRANKENSTEIN MEETS THE SPACE MONSTER. It looks and feels like something an eight-year-old would have dreamed up, had they the resources at their disposal with which ti realize it, only after a short while it begins to feel like it's being viewed while in the grip of a high fever. 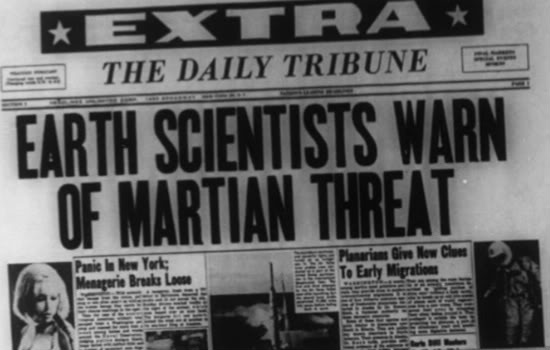 The plot, such as it is, involves Martians showing up in Puerto Rico in order to kidnap Earth females in the wake of all but one of their own women dying out due to an atomic war. 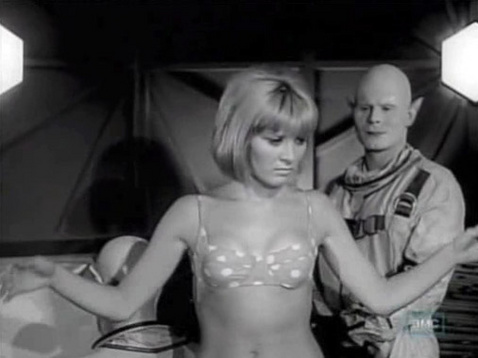 It's stuff we've seen eleventy-jillion times before, only this time the aliens are kinda/sorta challenged by Col. Frank Saunders (Robert Reilly),  a human-looking android astronaut whose brain and the left side if his face are damaged when his spacecraft crash-lands in Puerto Rico. 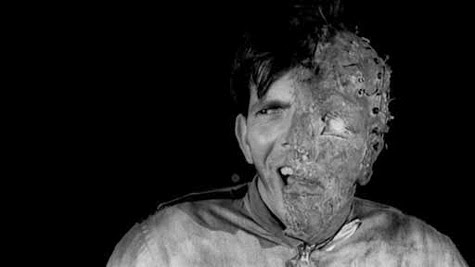 Our Frankenstein, ladies and gentlemen.

Now a monster on the (meager) rampage, Frank eventually runs into the alien abductors, kicks their asses, frees the nearly-nekkid chicks, battles Mull, the titular atomic mutation from Mars, and then heroically sacrifices himself when blowing up the Martians' flying saucer. THE END. 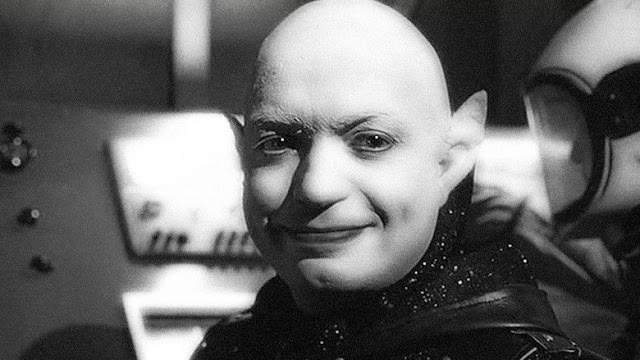 Bringing to mind a more competently-made answer to PLAN 9 FROM OUTER SPACE (1959), this film bears no suspense, scares, or even gore, but what it does have is that certain mid-1060's "camp' flavor that just simply happens and is mostly impossible to pre-plan or replicate. And while horny Martians making off with bikini-clad Puerto Ricans with (sort of) Frankenstein thrown into the mix is goofy enough, the film goes that extra mile by including the Martian leader's right-hand man, Dr. Nadir, as played to fey perfection by Lou Cutell, who would later turn up in Tim Burton's debut feature, PEE-WEE'S BIG ADVENTURE (1985), as the briefly-seen but unforgettable Amazing Larry.

Yeah. FRANKENSTEIN MEETS THE SPACE MONSTER is as bizarre a departure from the expected Frankensteinian tropes as FRANKENSTEIN CONQUERS THE WORLD (1965) was (though neither as good not as entertaining), but it's a fun way to pass seventy-nine minutes, provided one has a well-packed bong and a few six-packs close at hand. 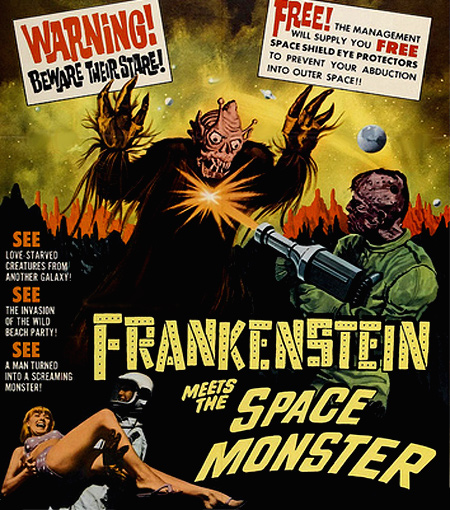