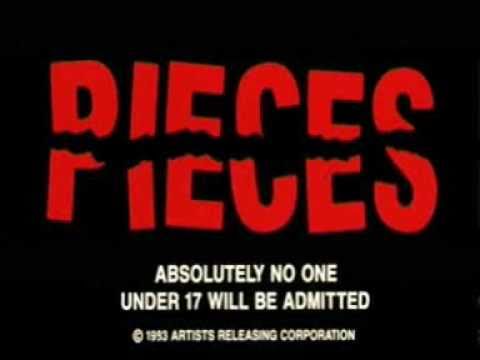 Here's a textbook example of how to open a movie where the audience cares about nothing but graphic murders and naked female flesh:

We open in Boston, 1942, where we find a young boy assembling a jigsaw puzzle of a naked woman. 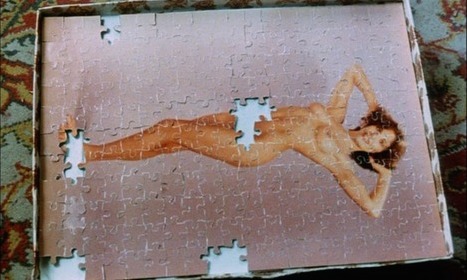 The catalyst for 89 minutes of savage butchery. 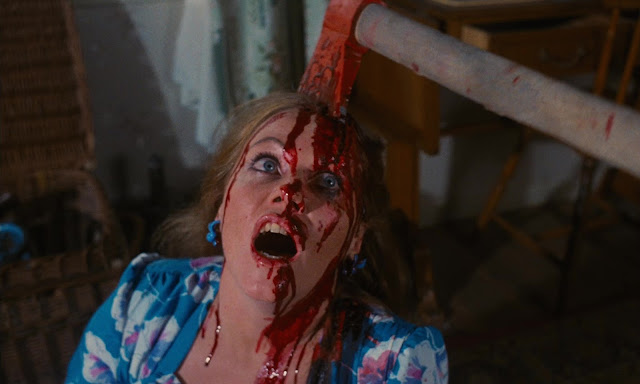 Lesson learned: Do NOT threaten your son's smut collection.

After rendering his mother exceedingly dead, the boy breaks out a saw and begins dismembering her corpse. 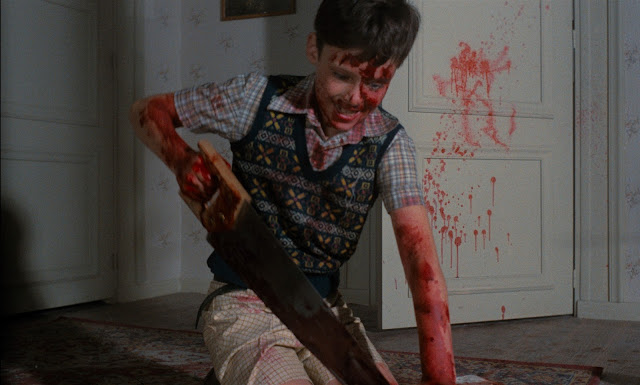 Breaking down the evidence.

When the police arrive, they find the kid hiding in the murder room's closet, and he acts as though he were the witness to the killing instead of being the murderer. We then skip ahead to the present day of 1982, where a heavy-breathing P.O.V. stalker of the type common to early-'80's slasher movies embarks on a series of horrific and brazen murders/dismemberments. His first victim is an innocent co-ed who's studying on the sunny lawn of a college campus. She somehow does not hear the loud roar of a chainsaw as the killer runs up to her and divests her of her head in broad daylight (which apparently no one sees or hears). 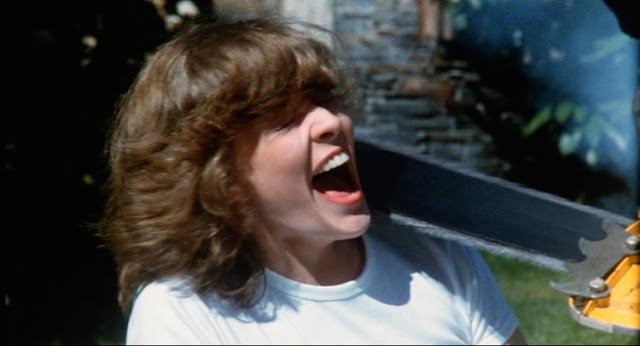 "What a lovely day for studying outdoors...WHAT THE FUCK?!!?" 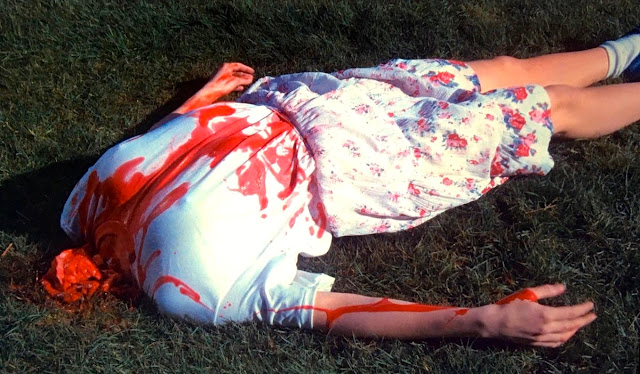 Insert "She won't be going to the head of the class" joke here.

All of this happens during the first five minutes of the film, so we, the audience, have a pretty good idea of what we're in for.

As per usual with this sort of film, the so-called plot is nothing more than something upon which to hang a slew of gruesome mayhem, so all one needs to know is that it chronicles an un-involving police investigation into the killings, in which they work closely with campus stud Kendall (Ian Sera, best known as the obnoxious band frontman in the MST3K classic POD PEOPLE), who may unwittingly know who the killer is, since the fiend targets hot young girls. You won't give a shit about any of the interchangeable characters and the already flimsy narrative bears all of the earmarks of being padded out to bring the run-time up to feature length. The most glaring examples of this are a "who cares?" tennis match, a couple of "sexy" aerobics numbers in a dance studio, and, most ridiculously, a scene where a random Chinese guy attacks the female undercover cop character with his kung fu skills. This occurs with no provocation whatsoever and the assailant is revealed to be the campus stud's "kung fu professor." By way of explanation, the low-rent Bruce Lee explains away his actions with, "Something I eat...Bad chop suey!!!"

Anyway, the killer goes around slaying young women and absconding with select body parts, so he can piece together a flesh jigsaw puzzle of his late mum. The road to that goal certainly does not skimp on the nudity, violence, and gore, and it could easily be read as one of the most misogynistic movies ever, if not for the story's lack of an agenda that has to do with anything other than catering to the bloodthirsty needs of the '80's slasher audience. 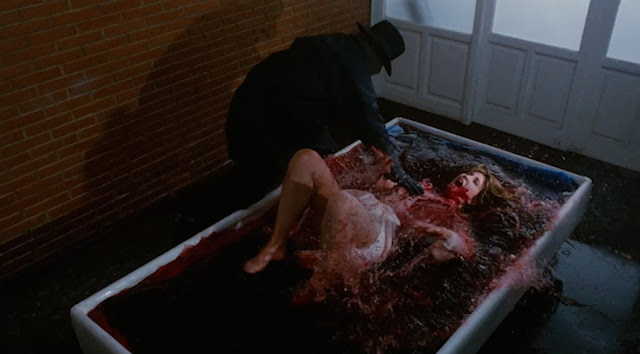 Now, over thirty years since that dubious genre's heyday, it may be hard for those who weren't there to witness it to understand just how popular and lucrative this sort of by-the-numbers trash was, and it was that assembly line sameness of content that made slasher movies fun as unintentional sources of amusement. They were dumb, cheap to make, and were great for teenage date night (where the goal was to get one's squeeze to move closer in the dark and, if you were lucky, maybe cop a cheap feel or go in for a sly finger-bang). 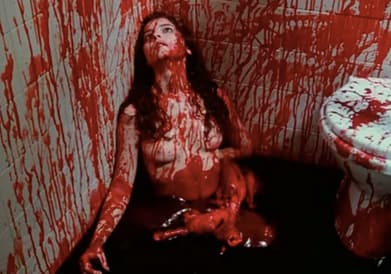 Good luck getting away with a shot like this today.

A Spanish/Italian/Puerto Rican co-production, PIECES knew exactly what kind of movie it wanted to be and was unashamed about it, which was quite refreshing at the time. While the majority of slasher movies hit theaters with most of their gory content excised by censors, who suddenly became diligent after the outcry generated when major studio release FRIDAY THE 13th (1980) painted the screen red, PIECES openly bragged about its content in its advertising, proudly proclaiming "It's Exactly What You Think It Is!" If you shelled out the ticket price in 1983 (which was when it was released in the States), you got what you were paying for, thanks to it eschewing the MPAA altogether and going out unrated, and the points in which no murders were going on could be used for adolescent sexual fumblings, taking swigs from smuggled-in beers and hard liquor, and/or taking hits off of a fat joint.

When it comes to '80's slashers, PIECES is a classic of sorts,  and should be included among the roster of the era's must-see efforts for scholars of the genre. It doesn't have a brain in its head, but at least it's a better movie than FRIDAY THE 13th. Oh, and it has a completely ridiculous from-out-of-nowhere ending that has to be seen to be appreciated. 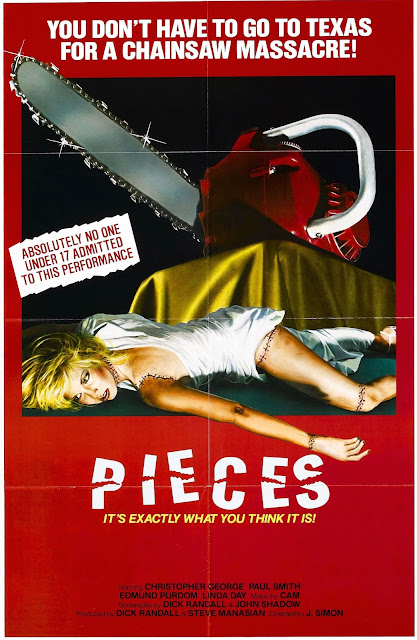