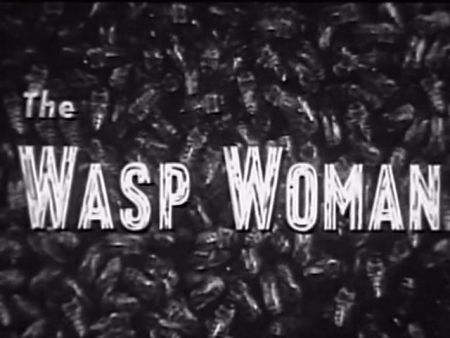 Cosmetics mogul Janice Starlin (Susan Cabot) has been the advertising face of her company for nearly two decades,and now faces considerable slumps in sales as it becomes apparent to the buying public that she is visibly aging. (It's not even like she's some ancient hag; she's only forty and looks just fine, if you ask me.)  Her problems seem to be solved when an eccentric scientist, Dr. Zinthrop (Michael Mark), presents her with his recent discovery: a serum made from the enzymes of queen wasps that reverses the aging process. He demonstrates this by injecting a  decrepit guinea pig test subject with the serum in front of Starlin, and she is convinced as the creature reverts to youthful health. (The scene is ludicrous because after the guinea pig receives the shot, its youthful version is subsequently portrayed by what is quite clearly a rat. Rats and guinea pigs look nothing alike and differ greatly in scale and mass, so did producer/director Roger Corman think audiences would not know the difference?)

Impressed, Starlin shovels money into Zinthrop's research, even lavishing him with a fully-stocked lab in her office's building, with the intention of marketing the discovery as soon as possible while volunteering herself as Zinthrop's first human test subject. Zinthrop caution's Starlin that studying the extract's progress on her will take time, but the desperate cosmetics magnate, sneaks into his lab after hours and gives herself extra doses, which accelerates the process and in no time physically shaves around eighteen years off of her physical appearance. Needless to say, this freaks out her once-skeptical business partners, who launch a campaign of snooping to determine whether or not Zinthrop's a quack or a con man, and to find out exactly what is in the mysterious extract. Meanwhile, Starlin continues sneaking extra doses...

As Starlin pushes to fast track the extract's release, she begins to suffer strange headaches while growing more and more anxious. Zinthrop, meanwhile, discovers that one of his lab subjects, a house cat, has escaped, having become vicious due to the drug, so Zinthrop is forced to kill the savage kitty. Reeling from disappointment and the act of killing the cat, Zinthrop leaves the office and wanders into traffic, where he is hit by a car and ends up in the hospital, sidelined with brain damage. While having no knowledge of the scientist's accident but worried about his sudden disappearance, Starlin's stress triggers a transformation into the titular creature, and in short order she kills three of her perceived enemies, "just like the female wasp." 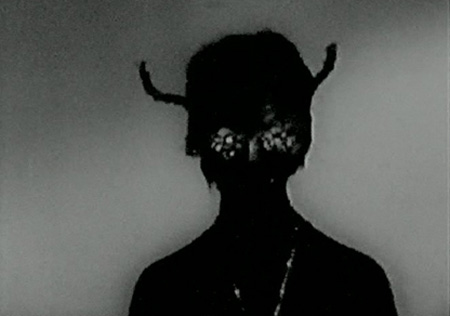 The transformed and bloodthirsty Janice Starlin. Nightmare fuel if you're five.

It's only a matter of time until Starlin is found out, but either way she's too far gone and is simply no longer human, but more of a quasi-insectoid throat-ripper.

THE WASP WOMAN is not a great movie by any yardstick, but it is entertaining and does move at a brisk clip. What keeps it alive in the minds of those of us who discovered it as "horror kids" is its monster. The transformed look for Janice Starlin is about as cheap-looking and cheesy as it gets, but that aspect strangely adds to its creepy appeal. Whenever the wasp woman appears, the soundtrack is dominated by blaring musical stings and the pronounced sound of buzzing, like that of an agitated hive. The camera wisely gives us only a few glimpses of her face straight-on, and what we see is actually quite nightmarish when one let's the imagination fill in the gaps. Other than her head and hands, Starlin remains fully human and surprisingly fast when attacking, so the juxtaposition of a shapely '50's-era woman in a black dress and pumps and a bug-eyed, antennaed,  slavering Lovecraftian killer is sheer nightmare fuel if seen at an impressionable age. The buzzing, speed of movement and quick camera cutting  lend the wasp woman a nervous energy that leaves no doubt that her bite and claws are razor-sharp and sloppily effective. 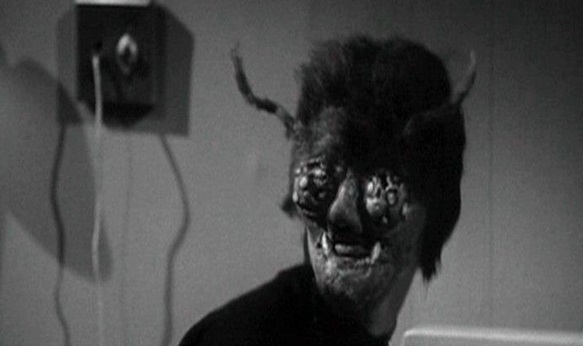 I'm not gonna lie, this monster scared the shit out of me when I was little, and even now I find it quite twitchy and unnerving. The wasp woman would have been right at home in a Pertwee-era DOCTOR WHO serial, and more's the pity that wasn't included in one.

During my infamous days anchoring the kitchen at a certain Brooklyn barbecue joint, we would occasionally run weird movies for the late-night bar crowd, and one evening we ran THE WASP WOMAN. Its mercifully short 73-minute running time was just right for holding the attention of the drunk regulars, who found it to be a lot of fun, but it was the loudly-stated reaction of our hot redheaded bartender, Kate, that will live with me forever. As the final credits rolled, there was brief silence, broken when Kate exclaimed "WHAT A CRUMMY MOVIE!!!" Yes. Yes, it is, and it treads territory handled to much better narrative effect in THE LEECH WOMAN (1960), but it's still worth checking out. 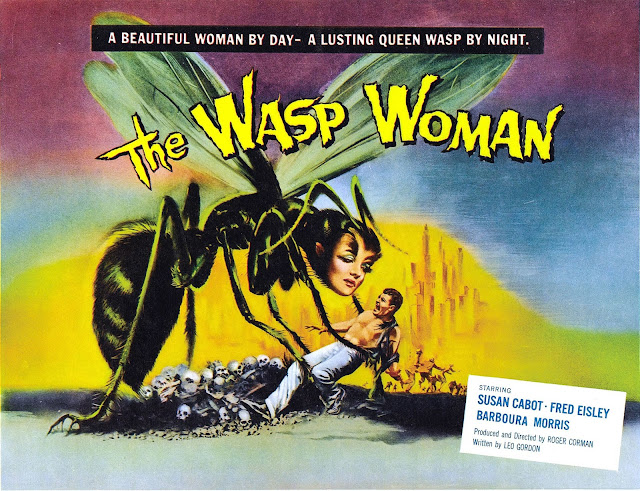 Poster for the original theatrical release. At no point if the film does the title character literally become a huge wasp with a human woman's face, and that's a goddamned shame. Audiences in 1959 had every reason to feel profoundly ripped off.
Posted by Bunche (pop culture ronin) at Tuesday, October 03, 2017