Starting today, Manhattan's venerable Jim Hanley's Universe comic book shop is drastically cutting the prices on dozens of collectible busts and statues of superheroes, supervillains, cartoon characters, manga and anime favorites and all manner of cool stuff, and it's all waiting for you, o my fellow geeks, to come and get it! I mean, look at some of this kickass stuff: 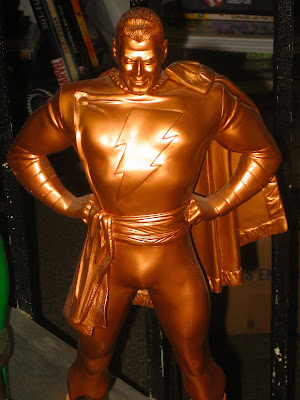 A gorgeous faux-bronze Captain Marvel based on Alex Ross' art from KINGDOM COME. 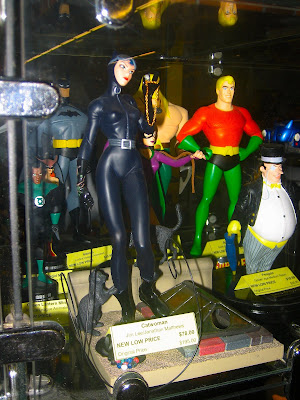 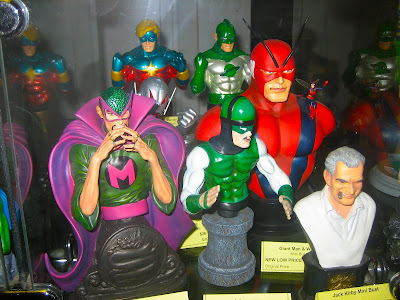 An assortment of Marvel excellence including the old school Mandarin, both incarnations of Mar-Vell, Ultron, Giant-Man with the Wasp on his shoulder, and a bust of the King himself, Jack Kirby! 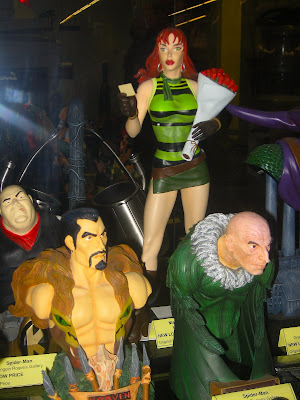 For you Spider-Man freaks out there, here's the Kingpin, Mary Jane Watson, and busts of Kraven the Hunter and the Vulture. Is it just me, or does the Vulture look like Grant Morrison? 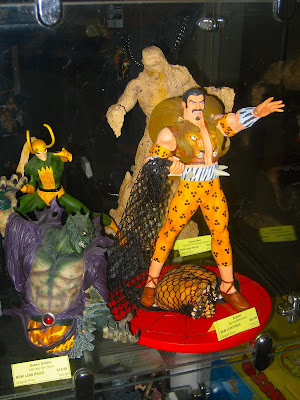 And speaking of Kraven the Hunter, check out this awesome 3-D visualization of his classic John Romita look! 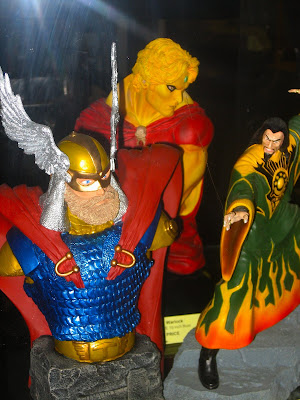 More Marvels: one of the many versions of Thor, Jim Starlin's Adam Warlock and the current version of the Mandarin. 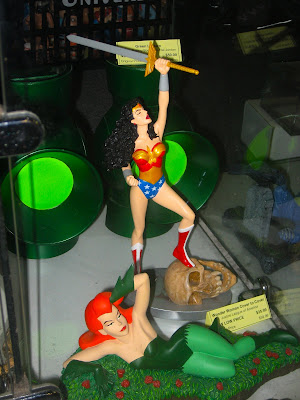 Green Lantern Power Battery bookends (I may snag those for myself!), a Phil Jiminez Wonder Woman and Bruce Timm's animated Poison Ivy. 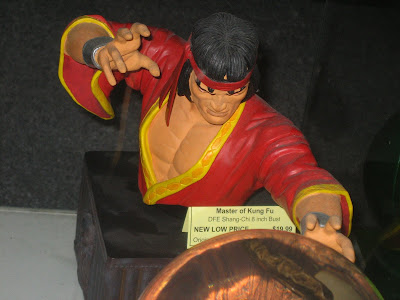 For those who groove on 1970's Marvel, here's Shang-Chi, Master of Kung-Fu! 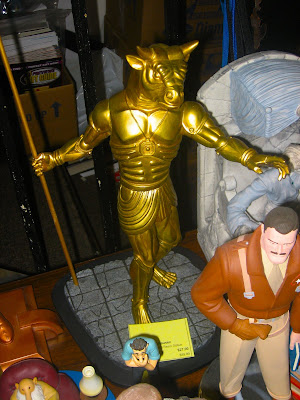 What's not to love about this Ray Harryhausen Minotaur from SINBAD AND THE EYE OF THE TIGER? 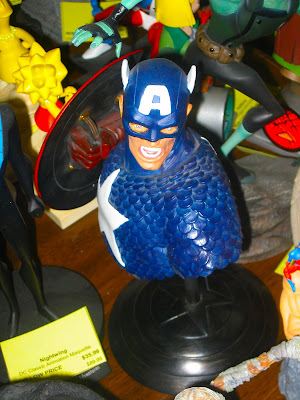 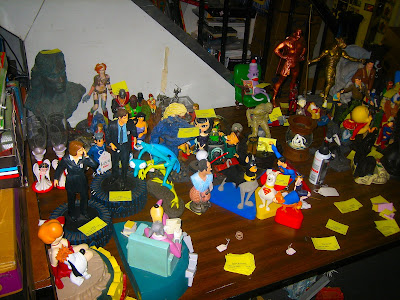 A bedlam of assorted characters before being sorted, re-priced and shelved. 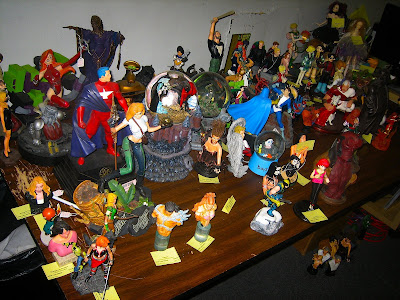 Even more cool stuff, just waiting to be scooped up by you, o eager consumer!

Seriously, there's a mighty assload of this stuff and it's all been marked down anywhere from thirty to seventy-five percent, so it's a real steal. Just head to the rear of the store and look for this glass display area: 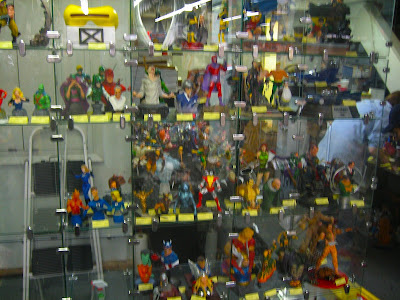 And this was the display case last night, before more than two table's worth of stuff had been added to it, all of which is up as of now. So haul ass over to Jim Hanley's Universe right immediately, before all of this stuff gets snagged! It's at 4 West 33rd Street in Manhattan (between 5th Avenue and Broadway), conveniently located right across the street from the Empire State Building and within walking distance from the Q, N, R, F and PATH trains at the 34th Street subway station. For more information call (212) 268-7088, and tell them Bunche sent you! NOTE: I'm not getting a damned thing out of them for promoting this; I just love the gang at Hanley's and had to fill you readers in on a bitchin' sale!
Posted by Bunche (pop culture ronin) at Friday, November 07, 2008