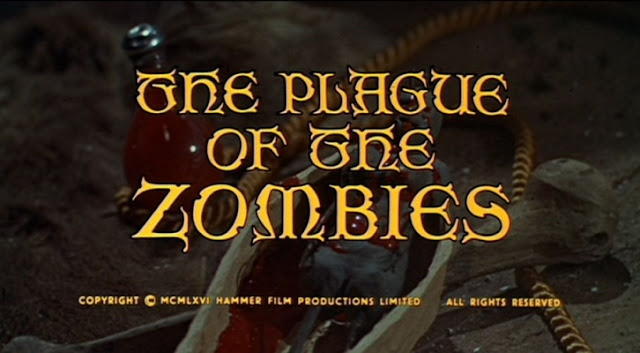 Cornwall, 1860: a village suffers from mysterious lethargy and numerous odd deaths, so resident doctor Peter Tompson (Brook Williams) sends for the aid of his old friend and former teacher, Sir James Forbes (Andre Morell). Accompanied by his daughter, Sylvia (Diane Clare), Sir James arrives in the afflicted village and immediately runs afoul of a band of fox-hunting blue-blood assholes who, in their zeal to run down their prey, accidentally knock over a coffin being borne by two men. Upon crashing to the ground, the casket opens and exposes the body of the recently-deceased body of one of the bearers, who is none too pleased at the disruption and takes it out on the new arrivals. Since setting up practice in town twelve months previous, one local has died per each month of Dr. Tompson's presence, and he is at a loss to explain what the cause could be. As the locals' mistrust of Tompson percolates, Sir James find lodgings with Dr. Tompson and his wife, Alice (Jacqueline Pearce), and during an after-dinner conversation with the doctor, it is stated that Tompson has not been allowed to perform autopsies on any of the dead, both due to the villagers' reluctance at the perceived desecration of their loved ones' corpses, and also by the decree of Squire Clive Hamilton (John Carson), whose word amounts to local law in the eyes of the villagers. Since they cannot legally obtain a corpse for their investigation, Sir James and Dr. Tompson take it upon themselves to illegally exhume the body that was so rudely exposed by the fox-hunters, but upon opening the grave, the coffin is found to be empty...

Meanwhile, Alice has been looking haggard and behaving strangely, as she has been targeted by Hamilton for diabolical, voodoo-fueled purposes. Following Alice as she leaves in the middle of the night, a crying and terrified Sylvia is abducted by the returning fox-hunters and subjected to the preamble of what is clearly about to become a gang rape, which is thwarted just in time by an irate Squire Hamilton. Though allowed to depart unharmed and with a (seemingly) sincere apology from the Squire, Sylvia threatens to report the assault to legitimate authorities, but Hamilton persuades her not to do so, citing his appreciation and promising that the would-be rapists will be punished. On her way back to the doctor's house, Sylvia encounters Alice, now quite dead, in the arms of the undead brother who was missing from his coffin. 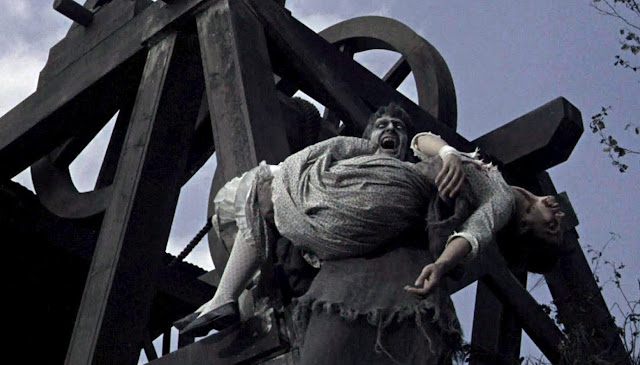 The deceased Alice, carried by the undead.

Horrified and in shock, Sylvia makes it home and informs her father of what she has seen. Alice's body is retrieved and an autopsy finally takes place, which yields the discovery that a sample of blood taken from Alice is not human. The investigation leads Sir James and Dr. Tompson to a forgotten mine on the moors, and from there the true horror of what's been transpiring beings to become clear. 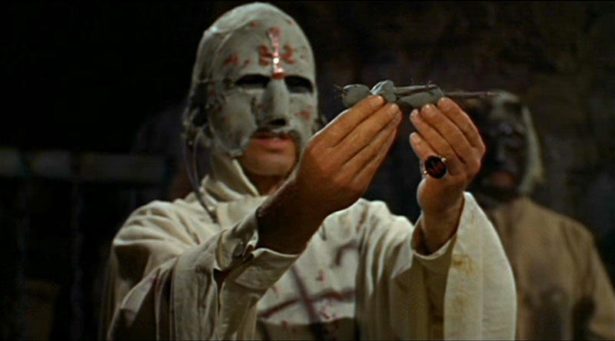 Oh, what the young lads bring back after studying abroad...

Unbeknownst to the general public, Hamilton is the head of a clandestine voodoo cabal comprised of himself and the fox-hunting rape gang, and the Squire has been utilizing his voodoo powers (which he learned during his studies abroad during previous years) to steal and revive the bodies of the dead to serve as slaves in the abandoned mine, which now yields tin that the Squire and his followers will maintain their wealth with. Thus, it's only a matter of time until the forces of goodness and medical science engage in final conflict with black arts cribbed from black people. 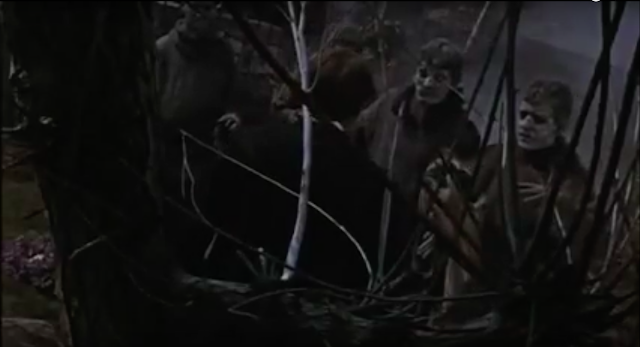 I'm a big fan of the Hammer cycle of shockers, a roster that cut a bloody and colorful swath across screens worldwide and which redefined the horror genre after the iconic run of Universal's monochrome celluloid nightmares, and despite being an avid seeker of their films, THE PLAGUE OF THE ZOMBIES was one that eluded me until just a few days ago. It never seemed to run on any of the local TV showcases for horror movies during my growing up years and I never saw it listed for cable airings. I finally had to shell out ten bucks for a DVD copy at the Chiller Theatre Convention over the weekend, and I am saddened to say that it was not worth the wait nor the ten bucks. I've certainly seen worse horror films, but I hold Hammer's works to a certain general standard and it's painful to encounter one of their films that's a solid dud, which is a kind way to describe THE PLAGUE OF THE ZOMBIES. First of all, the title is an outright lie. There is no "plague" of revenants. Prior to the film's ending, we get brief glimpses of exactly two zombies who do nothing but lurch around a bit, and a bit where Dr. Tompson is confronted by four newly-risen undead, only to wake up and have the encounter revealed to have been a nightmare. Then, during the climax, we see a bunch of zombies slaving away while being whipped in the tin mine. That's it. And bear in mind that these are pre-Romero, classical-style zombies, so they are simply undead slaves as opposed to being the ravenous flesh-eaters that now define the creatures in question. That lack of flesh-munching leaves little room for much in the way of gore, and the one bit of signature hammer-style gruesomeness that we do get is a weak and unconvincing beheading of the zombie Alice via shovel.

To be fair, the cast does their best with what the script gave them to work with, but one cannot make a gourmet meal from a can of Spam and a box of saltines. It is with a heavy heart that I rate THE PLAGUE OF ZOMBIES near the bottom of my estimation of Hammer's horror catalog. Perhaps not the worst they had to offer, but definitely a dull, tepid disappointment that does not warrant subsequent viewings. 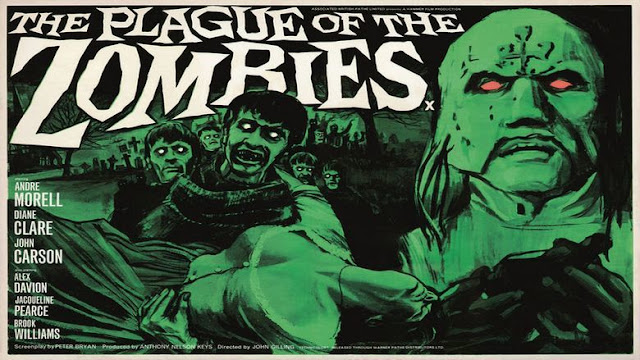 Poster from the U.K. release. 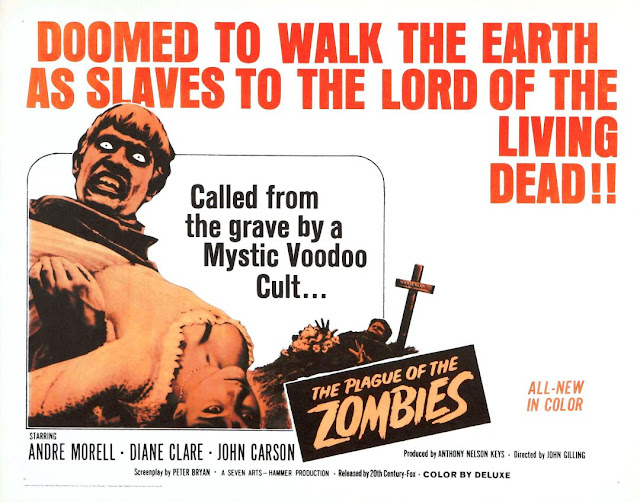