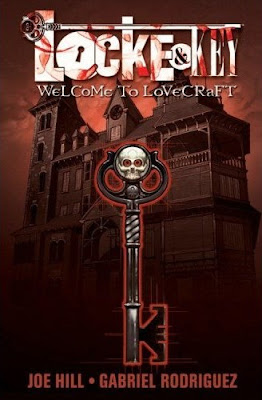 When best-selling novelists lend their skills to the comics/graphic novel arena the results can often be a painfully disappointing, but such is not the case here. Joe Hill, author of HEART-SHAPED BOX (and son of some guy named Stephen King) crafts a gripping account of a family’s attempt to rebuild after the father/husband is murdered by a seriously deranged high school student. The shattered Locke family leaves California after the arrest of the killer and moves in with the deceased father’s brother at the family homestead in Maine, but as anyone who has read horror fiction in the past seventy-some-odd years will tell you, it’s a bad idea to try to leave behind the gruesome goings-on in your life by moving to an island named “Lovecraft.” What begins as a study in how the different family members cope with grief soon veers into dark and creepy territory as the youngest Locke discovers a doorway that causes those who pass through it to leave their bodies behind and become ghosts, along with a well that houses someone (something?) that desperately wants out and will use any means available to gain freedom, including summoning the teenage murderer who set events in motion in the first place. 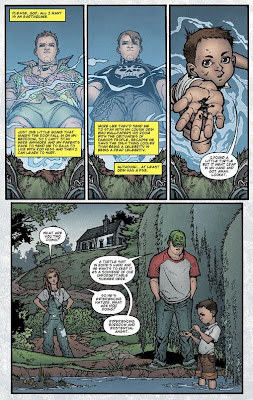 To say more would give away many of the fun surprises the creative team hands out, but rest assured that this first of hopefully several volumes delivers on all counts, boasting a solid story and exceptional work by Chilean artist Gabriel Rodriguez that resembles a fusion of Rick Geary and Cully Hamner, with just a dash of Frank Quitely. 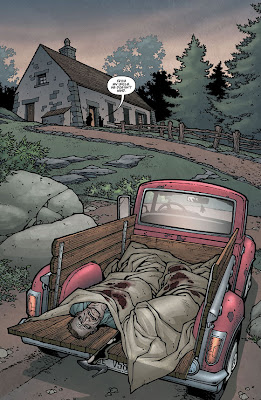 TRUST YER BUNCHE when I tell you this is some really good shit that deserves your attention.
Posted by Bunche (pop culture ronin) at Wednesday, September 24, 2008