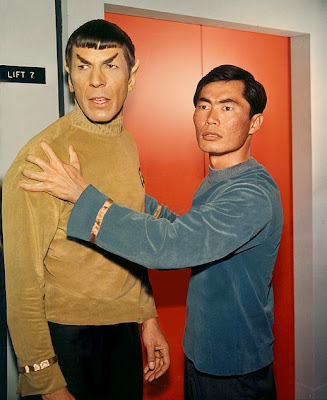 What could have been the ultimate wedding in the eyes of gay STAR TREK (TOS) fans did not come to pass, and Spock appears kind of pissed off about it. Oh well, at least Sulu didn't have to be on the receiving end of that Pon-Farr stuff...

Anyone who grew up with the original STAR TREK series will tell you that helmsman Hikaru Sulu was one cool motherfucker, much beloved despite being what pretty much amounts to an intergalactic bus driver. That said, allow me congratulate George Takei on his marriage to his partner of twenty-one years, Brad Altman. 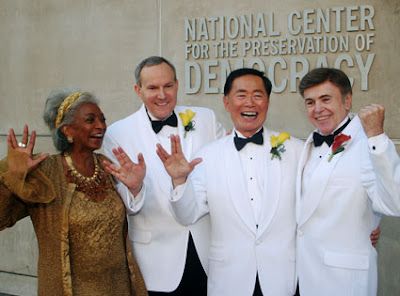 The details can be found at E! Online , and I'd also like to add that George in no way looks his seventy-one (!!!) years of age. Rock on, Takei! You totally rule. 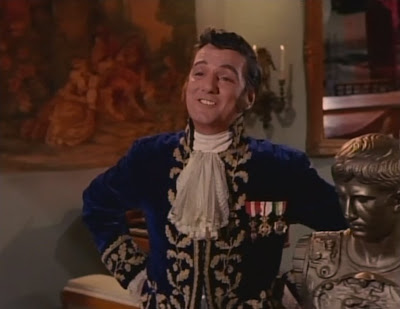 Sadly, not wanting to upstage the fabulousness, Trelane did not attend.
Posted by Bunche (pop culture ronin) at Tuesday, September 16, 2008

Hey, Sulu is a year YOUNGER than Chekov. Walter Koenig must have a portrait hidden away somewhere.