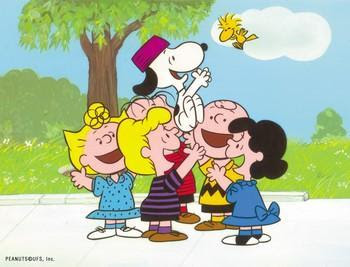 It is with almost immeasurable sadness that I pay meager tribute to animator Bill Melendez, a guy whose contributions to the cartoon world touched many and brought laughs like others can only dream of. Melendez's carer in animation is currently being covered all over the internet, and it was truly impressive, but the thing that impressed me most about his work was not the fact that he was the only man personally authorized by PEANUTS creator Charles M. Schultz to handle his stable of indelible characters in the animated medium, but rather his incredible vocal performance as Charlie Brown's one-of-a-kind Beagle, the immortal and beloved Snoopy.

Known to anyone who's walked this planet since the middle of the twentieth century, Snoopy silently spoke for every family dog in a way you just knew your own pooch would, provided they had the gift of speech or writing abilities. Snoopy's thoughts in the comics were easy enough t accept, but once Schultz's characters made the transition to animation, how well would voice-overs have worked to convey his unique sensibilities? I doubt that would have worked at all, so instead Melendez opted for a truly brilliant series of yowls, growls and other vocalizations clearly recognizable as anthropomorphized dog sounds, and while the word-for-word prose of Snoopy's dialogue was lost, his character somehow gained a greater expressiveness — to say nothing of becoming downright hilarious — when coupled with Melendez's animation chops and voice acting. If you've never seen a PEANUTS animated film or television special, run out right now check out any of them, but most especially A BOY NAMED CHARLIE BROWN and SNOOPY COME HOME, a tour de force for Snoopy groupies. 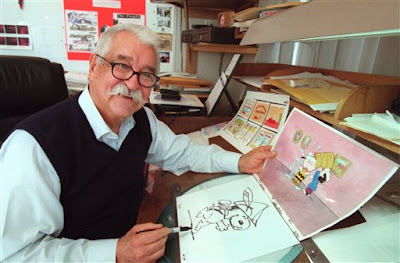