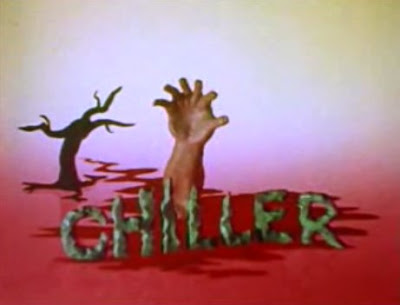 The claymation hands that caused the wee ones' undies to fudge across New York, New Jersey and Connecticut for just over a decade.

Yes, you read that right: Channel 11's beloved horror movie showcase CHILLER ( the version with the creepy hand running from 1971-1982) returns on Saturday, October 25th for one night only (why tantalize us with a mere one-night stand?) with a showing of 1955's classic atomic mutant bug flick TARANTULA, hosted by none other than the dean of horror-hosts, Zacherley himself, the show's original host in the early 1960's. 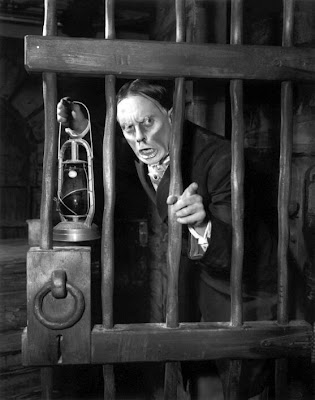 Old school "cool ghoul" Zacherley, now ninety years mold.
It's an old school horror movie buff's wet dream, a return to the simpler times of childhood and adolescence, and a chance for your kids to finally see the infamous CHILLER hand in all its cheesily creepy claymation glory (yes, they're using the old bumpers).

I dunno about you, but I'll be there with bells on and a huge vat of freshly-made hot buttered popcorn! Oh, joy... (And don't worry, Jewish Warrior Princess, I'm taping it so you can see it with me when you're next in the country!)
Posted by Bunche (pop culture ronin) at Thursday, October 23, 2008

PS Zachereley is indeed ancient, but he appears at every Chiller Con (twice a year)