BUS RIDE TO NOWHERE IN A DESOLATE DREAMSCAPE 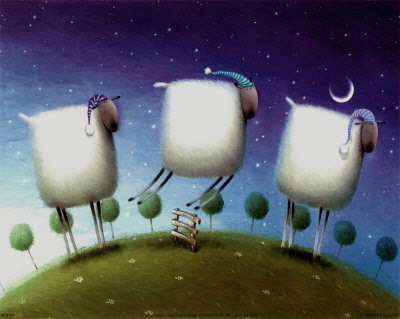 So I'm back from a weekend at home in Connecticut and the memorial service for my friend's father and I am so emotionally wound up that sleep once more eludes me.

The service and the subsequent reception went just fine — an Italian feast, even during a time of mourning, is always a plus — and my friend seems to be doing okay, but due to concern for him and all the other mishegoss that's been piling up I'm just psychologically and emotionally exhausted. If I could, right now I would hop on a plane to Arizona and spend a few weeks in the desert communing with scorpions and snakes, Billy Jack-style. I really need to just get away and get centered, but that simply is not an option at the moment.

I went to bed around 10:30 PM and have been wide awake for about the past two hours, following a weird dream: I was on a cross-country bus, bound for nowhere, with my friend who's dad recently passed and we just sat there staring out of the vehicle's window, watching the scenery smear past us. The other passengers were a largely nondescript lot who would have been at right at home in some independent black-and-white 1960's horror film, all old, expressionless faces with deep eyes that may have stared once too often down some nameless abyss as the waited for the bus to drop them off at the final destination of either death or eternity in limbo, I'm not certain which. The landscape that the bus drove through was an endless vista of barren plains with maybe a leafless tree or a cactus or two providing the most meager of scenery. That lack of camera-ready sights forced all on board to look within themselves and ponder whatever personal purgatories they found themselves in, mine mirroring the sparse expanses that blurred by.

My friend's thoughts remained known only to him, and I left my seat to stretch my legs. Then, as often can occur in dreams, the interior of the vehicle altered slighty and its seating layout became that of a typical New York City crosstown bus, packed to the gills with old, bitter people bundled up to fend off the cold. As I stood and grabbed the overhead handrail some emaciated stoner with long curly red hair smiled dopily at me, the guitar he wore slung over his back rudely poking a standing pensioner in the gut. I turned to ignore the latter day Grateful Dead follower stereotype, but no matter what direction I turned he was always in my face, THC-fed grin scrawled from ear to baked ear. I then made a concerted effort to avoid him, but he was as unshakable as the Old Man of the Sea and in no time he began to dance and gyrate in a manner that brought to mind some intoxicated variant on a mutli-limbed Vedic deity, his arms disolving into a psychedelic display that began to mesmerize me. His body swayed to and fro and his green eyes widened to the size of saucers as his voiced issued forth with an otherworldly effect and said, "We're bringin' it back, man!" I didn't bother to ask just what we were bringing back and instead asked the driver to pull over and let my friend and I out.

As we stepped out of the bus and watched it drive away into the distance, we looked at our surroundings and noted we were in the middle of nowhere, some once-thriving town that was now nothing more than a mom-and-pop lunceonette here, a stationary store there, humbles oases in a graveyard of failed businesses whose storefronts were boarded up or displayed huge, faded signs emblazoned with the telephone numbers of the nameless agencies one could call if they desired to rent the empty space. Judging from the dust evident through the unwashed windows, those calls never came and most likely never would.

With that realization I awoke, and here I remain.

I debated calling Jewish Warrior Princess in England, but thought better of it in case she was still asleep. Considering how desperate I was for slumber myself, I figured I had no right to possibly deprive anyone else of its comfort. I don't think she would have minded, but I also hesitated because hearing her voice would have painfully reminded me of how much I miss her every day and I don't feel like dealing with that right now.

I just looked at the blue light of my clock's digital display and note that I now have just under five hours until I absolutely must be out of bed and readying myself for the start of another fucking inane work week. After work I'm going to visit a friend who's been hospitalized here in Brooklyn, and although he's still in the ICU I'm just glad to know he's alert and able to accept visitors.

And on that note I'm going to attempt to get some sleep, hopefully lulled there by the low budget anti-splendors of MISSILE TO THE MOON (1958) in a colorized version. Yeah, it's a thrill.
Posted by Bunche (pop culture ronin) at Monday, October 13, 2008