This morning my buddy Minh (aka Our Man from 'Nam), a Bruce Lee fanatic who puts my own zeal for the Dragon to shame, alerted me to these impressive ENTER THE DRAGON figures from — where else? — Japan, and once again I beat my head against the wall in frustration. 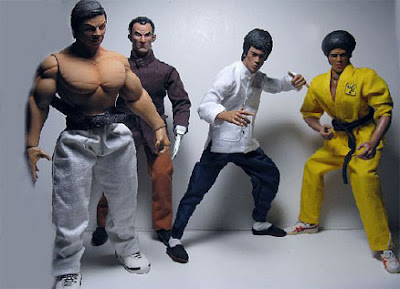 They're from a company called Enterbay that specializes in limited edition figures of and suchlike, and the Bruce figure seen above was listed as starting at $200 (it's sold out, so expect it to be about twice that if you find one online) while none of the others were found on the site at all, and to be honest the only one of these that I would love to have on my shelf is the one of Afro-badass Jim Kelly as the ill-fated Williams. There's no way I'd turn up my nose at a Bruce Lee as good as the one seen here, but how the hell could I not want Williams? Where was that toy when I needed it back in 1973? He'd have shown G.I. Joe just how limp-wristed his so-called kung-fu grip was, right after he'd made Big Jim and his P.A.C.K. his collective bitch, I can assure you of that, and then he'd have made women out of Barbie, Skipper and Ken! (Ken's kinda already there anyway, but you know what I mean.)

While searching Enterbay's site for the Williams figure (which I could not find. What the fuck??? Maybe this is a prototype?), I checked out the whole Bruce Lee Collection and my jaw just went slack at the quality. I mean, just look at these (and keep in mind that they're all sold out and originally listed from $200 to $350): 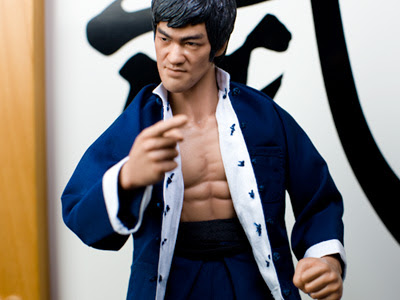 FIST OF FURY (U.S. title THE CHINESE CONNECTION). A picture-perfect depiction of Bruce declaring "We (the Chinese) are not sick men!" to an entire dojo full of Japanese karate douchebags whose asses he's just righteously kicked. This is so beautiful I nearly wept. 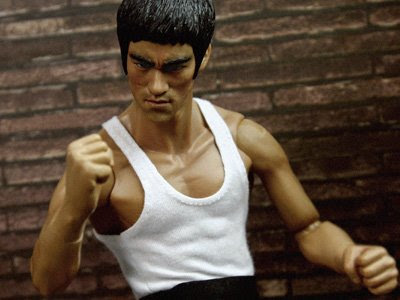 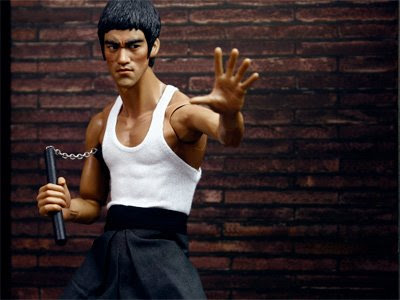 This one comes with two pair of 'chucks and the character's peasant jacket, but these shots sooooo nail the likeness and attitude. 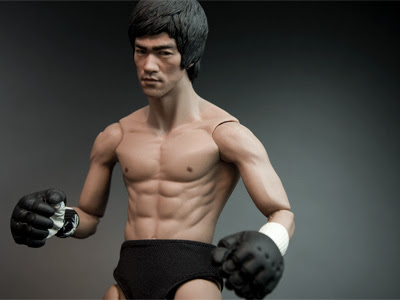 ENTER THE DRAGON is probably the most popular martial arts movie in cinema history, and these figures commemorating it certainly do it justice. 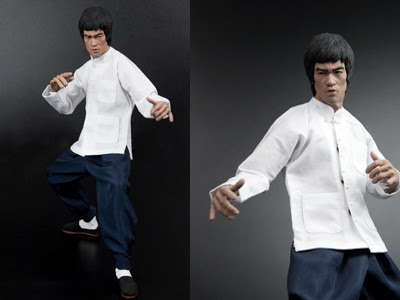 Lee in his "out of uniform" look from the scene where he kicks the motherfucking piss out of that scarred O'Hara asshole. 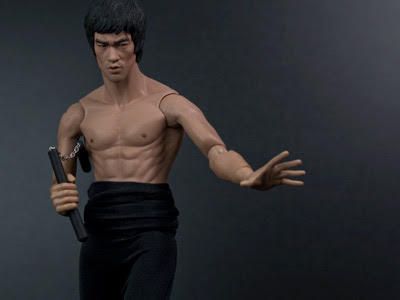 The iconic look from the spectacular underground dungeon battle. 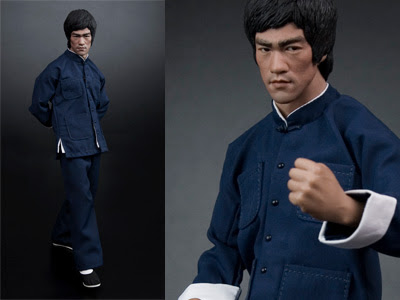 Traditional gear as seen at various points in the film. 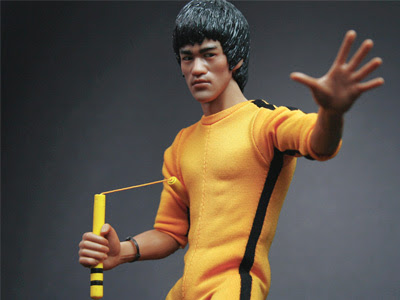 Lousy and necrophilic though it may be, GAME OF DEATH gave us Bruce in what amounts to a superhero outfit and he simply looks terrific. And the figure comes with a selection of hands and weapons, including my favorite, that bizarre blue buggy-whip thingy. 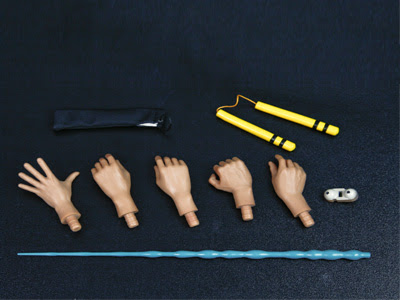 Too bad it's doubtful I'll ever be so flush with disposable cash as to be able to afford all of these. Pfooey. But if there were ever a Sonny Chiba as The Street Fighter figure...
Posted by Bunche (pop culture ronin) at Tuesday, October 28, 2008

And how about a Jet Li Black Mask while we're at it? Bodyguard from Beijing with kitchen battlefield playset? Oooh, Drunken Master II with train! The mind reels with possibilities!

Ten bucks says Seth Green got the first one off the line.