COMIC BOOK DIALOGUE OF THE YEAR! 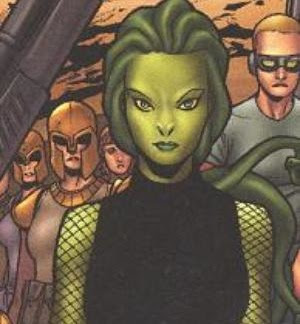 Delphyne the Gorgon: badass, queen of the Amazons, and winner of the Vault's award for Comic Book Dialogue of the Year.

Like many of you who take a bus or train to work, I do most of my comics reading during my daily commute and every now and then I read a bit of dialogue that makes me laugh my ass off. This morning's example comes from the latest issue of Marvel's THE INCREDIBLE HERCULES (#128 to be precise), in which teenage (relatively speaking; she's apparently immortal) and cute mythological Gorgon chick Delphyne declares to Hawkeye (actually Bullseye desecrating the memory of Hawkeye as one of Norman Osborn's Dark Avengers):

"I am not Greek. I am Amazon. And I was whetting my sword with mercenary scum like you since before my first period."

Now that's a badassed line. Too bad there's no way DC would have ever let Gail Simone write Wonder Woman saying something like that... 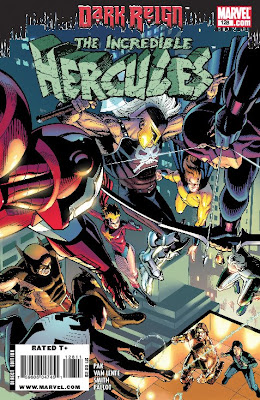 I dunno. I still think, "We have to get you out of here - Your vagina is haunted!" remains a classic for the ages.

The haunted vagina line is indeed a classic, but I dig Delphyne's line because it could have been uttered by any female hero and it would have worked. The haunted gasheesh is very much story-specific — if you can call that a story — and incredibly stupid.