NOTE: this was originally run in the Summer of 2007 on the thirtieth anniversary of the King's death. 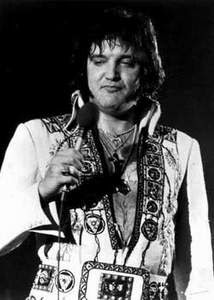 It's the thirtieth anniversary of the passing of the King, and I remember that day in 1977 like it was yesterday. 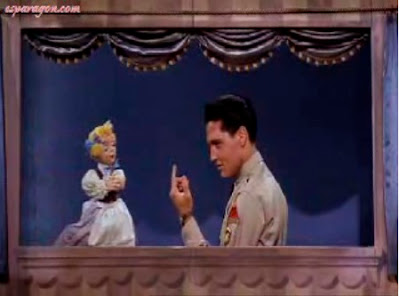 Elvis, about to molest a hand puppet in G.I. BLUES (1960)
heard the mothers of some of my friends describe how crazy and "naughty" he made them feel when they were teens, and witnessed the general public mention him with a reverence usually reserved for the Pope or some shit. 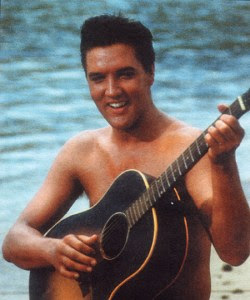 The "lost" Elvis movie, NUDE HAWAII (1961)
This across-the-board worship didn't sit well with me at all since I considered Chuck Berry, Little Richard, and Jerry Lee Lewis to each be far superior in terms of both musical output and sheer showmanship — to say nothing of being balls-out crazy in the case of the latter two — and I scoffed at Elvis' Las Vegas career, a period described so eloquently in the film HEARTBREAK HOTEL (1988) as him "kissing the ass he used to kick," so I simply had no use for an icon that I felt was an overrated, bloated has-been in a Captain Marvel Jr. suit. 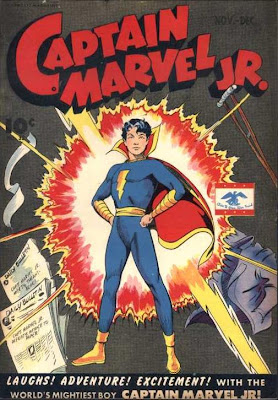 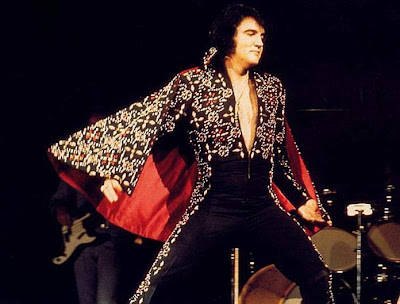 On the day Elvis died you would have thought the world had come to an end. The news was crammed with endless footage of beer-gutted, toothless trailer bunnies, their beehives practically touching the sky, bawling at the entrance to Graceland like they'd just seen their most beloved child shot through the head by a nude-from-the-waist-down Ronald McDonald with a bloody penis. Again, I just did not get it; this was the summer of 1977, the summer of STAR WARS and CLOSE ENCOUNTERS OF THE THIRD KIND, a golden era twenty years after the heyday of the now-deceased hillbilly whose famous sneer sometimes made him look like a stroke victim. His music was now obsolete, dethroned by disco and the anti-monarchy vitriol of the Sex Pistols and things could only get better, right? 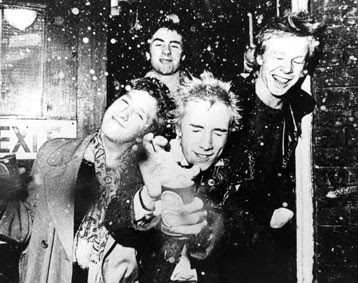 The Sex Pistols, aka Rock 'n' Roll Phase 2?
Well, all of that just goes to show you how little I knew in my twelve-year-old arrogance; the STAR WARS series would eventually turn to utter horseshit, the Sex Pistols fizzled out after one album — two, if you count the soundtrack to THE GREAT ROCK 'N' ROLL SWINDLE — and disco, which started out annoyingly enough, would collapse under its own weight and played-out repetition (to say nothing of all that cocaine), and not long after that MTV would start the countdown to the death of not only rock 'n' roll, but pop music in general. 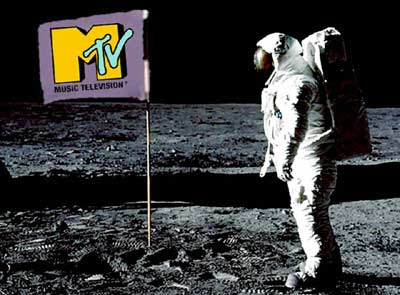 MTV: the future is now, and it sucks ass.
It wasn't until my college years that I reevaluated my opinion of Elvis and finally got why he was culturally important. For better or worse, the guy brought black music to the masses, had a look and a style that were totally unlike anything that white America was ready for at the time — or maybe it was ready and needed the boy from Tupelo to kick down the front door — could sing his ass off, irritated the shit out of parents everywhere while sending their innocent young daughters into fits of panty-drenching ecstasy, all of which is, as we now know, the very definition of what a rock star is supposed to do. Elvis Presley invented that shit. Let us review: 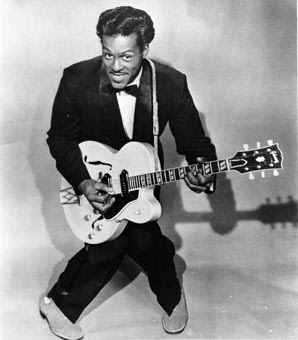 Chuck Berry, about to duckwalk your little angel over to the Motel 6.
You're goddamned right Jerry Lee Lewis performed as if someone had hooked a high voltage power cable up his asshole just before he took a break to fuck his thirteen-year-old cousin. 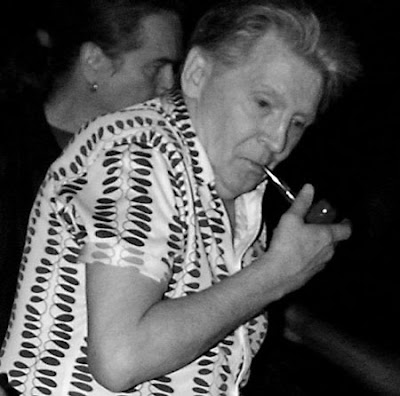 Is that the Mummy? Holy fuck! IT'S JERRY LEE LEWIS!!!
Yeah, Little Richard looked like the first contact ambassador from the Planet of the Flaming Hairdressers and shrieked like a Capuchin monkey on a fistfull of Stud City animal stimulants. 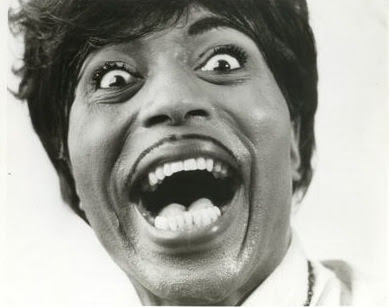 "Tutti Fruity" indeed.
And not one of them would have made it onto the popular airwaves if Elvis hadn't blazed a trail of "unwholesome, race music filth" before them, and for that I could haul his mouldering corpse from the cold, cold earth and kiss him full upon his maggot-drooling lips.

But the crowning moment of Elvis lunacy can only be the time when the King, allegedly doped-up out of his mind on one of Dr. Nick's pharmaceutical cocktails, barged into the White House, presented President Richard M. Nixon with a gun in a beautiful wooden collector's case, congratulated him on what a great job he was doing running the country, and asked to be appointed as an honest to Christ agent of the D.E.A., an event which, thank God, got photgraphed for posterity. 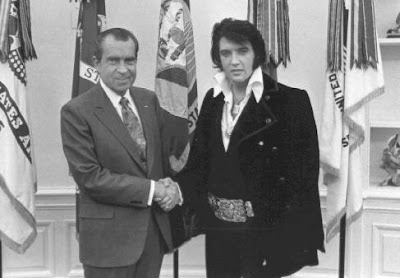 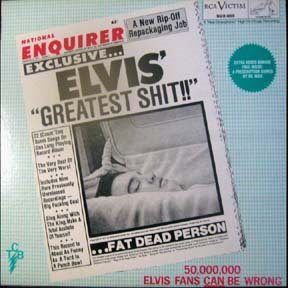 an incredible compendium of the King's all-time worst efforts, including "Song of the Shrimp," "There's No Room To Rhumba In A Sports Car," "Dominic the Impotent Bull," and his incredible rendition of "Old MacDonald Had A Farm," in which Elvis outlines how the animals on the farm had better stay in line or else he'll eat them in a variety of ways (I swear I'm not making this up!!!). I may also break out Turkish Elvis impersonator Emil Nargi's cover of "It's Now Or Never," 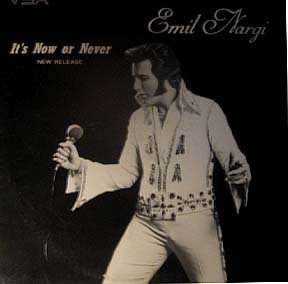 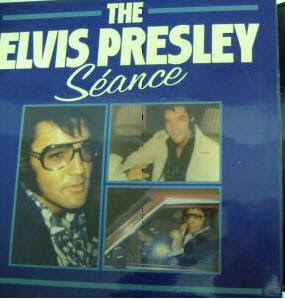 Sadly, I don't have THE ELVIS PRESLEY SEANCE, so I may pop over to O'Connor's and raise a couple of shot's in Elvis' honor.

Those are some good points you make.

Now, the wife, who is pretty firmly on the bandwagon that Elvis stole the limelight from black musicians of the time, hates him.

But I find a lot of merit in your post. Still, I think Chuck Berry kicks Elvis' ass. (I might get my white card revoked for that, so..."Shhhhhh.")