Well, dear Vaulties... I’m totally overwhelmed, to put it very mildly. Last night I spent several hours on the phone with my long-lost big sister, Janice Blackmon, the first of our dad’s four kids, and to call that conversation enlightening would be a gross understatement. 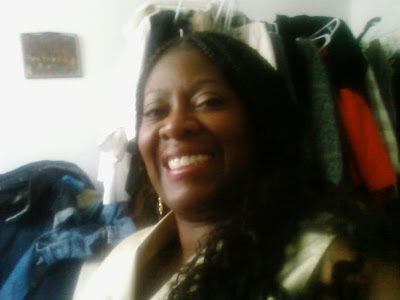 But first a little bit of back story.

When I awoke on Tuesday morning I opened my Earthlink account and found a note from Facebook entitled “Are You My Brother?” Intrigued, I followed the link to the original note on Facebook and looked at the writer’s name and picture, swiftly concluding it was my sister, so I wrote back to verify our blood-relation, and a while later she wrote back. We arranged to speak on Wednesday night via the phone (she lives in Arizona) and after that I spent the interstitial time in a bewildered state of anticipation and mild dread. Would this older sister and I get along? Would we have anything in common other than blood? Would my unbridled normal state of “Buncheness” be off-putting to her? Those and other questions swirled around in my head.

When Janice called me I was delighted to find that she is as warm as can be, smart as a whip, funny as hell and pretty damned cool. The first half hour of our confab consisted of us doing the usual meet-and-greet niceties (“What do you do? “Are you married?” “Do you have any kids?” Et cetera), but the moment when the bond was cinched was when she related her problems with an asshole neighbor who smeared shit on her car’s windshield after the most minor of altercations, which resulted in her driving around until she found a gas station that would clean off the offending doody. (Whether it was human or animal excrement was not broached.) That story spurred her to mention another obnoxious neighbor who occasionally took issue with the music Janice would play; when I asked her to describe the music, she mentioned it was an album that her ex-husband once owned, a compendium of well-known songs that had had their lyrics re-written to humorously offensive/pornographic effect. As a huge grin spread across my face I stopped Janice in her tracks and, hoping against hope, asked her, “Don’t tell me that my big sister knows Blowfly???” She laughed, answered in the affirmative and without missing a beat segued into the lyrics of Blowfly’s take on the Frankie Valli’s 1975 Top 10 hit “Swearin’ To God,” namely the heartfelt “Spread Your Cheeks.”

Yes, my big sister is a genuine Blowfly fan, and thus began a lengthy conversation in which we unearthed and clarified all manner of missing pieces of our family’s convoluted puzzle. I won’t go into that stuff, but let it suffice to say that Janice and I see eye to eye on a hell of a lot of stuff that my younger sister Meredith and I could never share as common ground due to her being sixteen years younger than me and twenty-five years Janice’s junior; Janice and I are both products of a different time and place, while Meredith came of age in the 1990’s, a social climate much different from what Janice and I experienced, so there was much more mutually-shared bullshit for us to grouse and laugh about.

But whatever the case, I now have a living, breathing, communicating big sister who is no longer just a vague memory or a “What if…?” scenario, and I vow to keep in contact at least twice a week. She lives in Arizona and I have no clue when I’ll be able to get out there — my vacation budget and time are shot thanks to upcoming trips to the U.K. and Atlanta — but I can’t wait to hang with her in person.

I’m very, very happy right now. Quite a far cry from where I was not very long ago.

Labels: WE ARE FAMILY

Good heavens, is a love of Blowfly GENETIC?

What an awesome story. Congrats.

Most excellent, sir. I've got lots of family in Arizona too, including my now-retired dad. Maybe you should rent a big Lincoln, swing up to New England to pick me up, and we'll road-trip it to the desert.

Although, I suppose considering I'd have to take along the 3-year-old, that might not make a nice trip.

Good fortune to you in keeping the family lines of communciation going strong.

Rawk! You deserved some happiness.