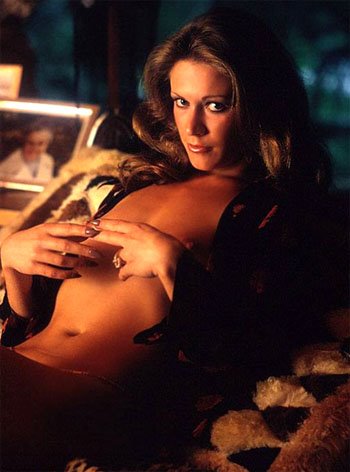 Sometimes life just sneaks up on you and kicks you square in the head. For over twenty-five years I've harbored a hope that someday I would meet porn legend Marilyn Chambers and get her to sign my high school yearbook from the year I graduated, but that hope has been permanently dashed thanks to the Reaper taking her just ten days shy of her fifty-seventh birthday. And why, you may ask, was I so keen on getting Marilyn Chambers' John Hancock (sorry, I couldn't resist) on said yearbook? Well, my high school, Staples High School in Westport, CT, has had many celebrities pass through its hallowed halls, but none filled the kids of my generation with as much pride as the class of 1970's Marilyn Briggs...

A pretty and by all accounts wholesome "girl next door" type and model/actress, Briggs would first find fame when chosen by the makers of Ivory Snow detergent, Procter & Gamble, to be the squeaky-clean image of doting young motherhood adorning their product's packaging from sea to shining sea across this fair nation. Not long after the box found its way onto supermarket shelves, Briggs answered an ad for a casting call audition and unwittingly found herself among those hoping for a part in a porno film entitled BEHIND THE GREEN DOOR (1972), attracting the interest of legendary directors Jim and Artie Mitchell because they needed a pretty blonde for the lead (plus Briggs kinda/sorta resembled actress Cybill Shepherd). Not wanting to do hardcore, Briggs demanded a salary of $25,000 and a percentage of the film's gross, a move she figured would prompt the Mitchells to tell her to take a hike, but when they agreed to her demands it became a case of put up or shut up. Shooting under the nom de porn Marilyn Chambers, Briggs turned in a tour de force performance as a young woman who is abducted, taken to a secret sex club and forced to run the gamut of assorted sex acts for the entertainment of masked onlookers, most famously taking on the humongous bacon bazooka of black "stud" Johnny Keyes in a then-taboo interracial sex scene that supposedly led to her parents not speaking to her for years. (Trust me, a white chick fucking a black guy was a major offense in Westport when I was growing up, and Chambers' defiance of convention took place nearly a decade before my teen years, so her action with Keyes at the time was basically unthinkable). 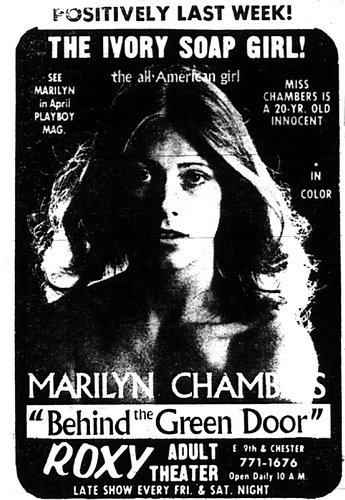 Newspaper ad for 1972's BEHIND THE GREEN DOOR, an unintentional instant classic of the tenderloin genre.

When the shoot was over and done with, Briggs reportedly told the filmmakers that she was the girl on the Ivory Snow box and, needless to say, the Mitchell Brothers milked that nugget for all it was worth, leading Proctor & Gamble to give her the boot. But from that minor bit of wreckage arose Marilyn Chambers, the first above-ground porn superstar (GREEN DOOR beating DEEP THROAT and Linda Lovelace to the punch by a couple of weeks), and BEYOND THE GREEN DOOR went on to become a classic of adult cinema, still raking in the cash on home video to this very day. (Mark my words, in the wake of Chambers' untimely demise, its sales will undoubtedly shoot through the roof in what could be considered a posthumous tribute.) 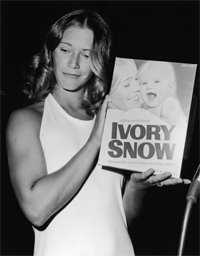 Chambers the superstar: who says people from Westport don't have a sense of humor?

Chambers went on to become something of a cottage industry in the sex film biz, proving herself an eduring fan favorite and a savvy businesswoman to boot, also earning a reputation for her sense of humor and general sweetheartedness. She also impressed the masses by being one of the very few members of the adult film sorority who could ingest the entirety of John Holmes' baseball bat of a penis, and for that Herculean feat alone she should have been awarded some sort of recognition, maybe even the Nobel Peace Prize. Seriously, have you seen Holmes' cock? It was ghastly-huge, so Chambers was indeed a miracle worker. 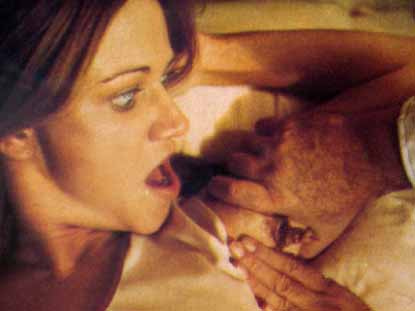 Chambers is horrified by the vampiric phallus secreted in her armit in horror-master David Conenberg's RABID (1977). 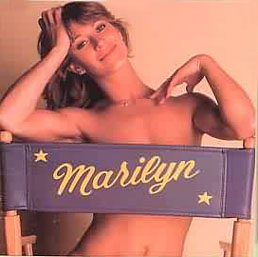 Chambers' death at such a relatively young age no doubt raises the inevitable questions about drugs, thanks to drug-related exits being not uncommon in the adult film, and she was quoted as admitting to having had problems with booze and controlled substances, so I would not be surprised if the autopsy results yield that answer. I certainly hope that such was not the case, but whatever comes out Chambers should be remembered for being one of the pioneers who opened up erotic entertainment as something one could enjoy without risk of being arrested and for being one of the first of her sorority to shave her stuff (not my thing because a "smoothie" reminds me of little girls, but most of the women I know swear by such grooming to varying degrees). I was never really a fan of her flicks because my tastes skew to the zaftig and Chambers had a body that ran to lean or even boyish, but she had my respect for giving her performances her all and for being an apparently sunny personality.

Rest well, Miss Briggs. You will be missed, and you were a hundred times cooler than that boring Seka. 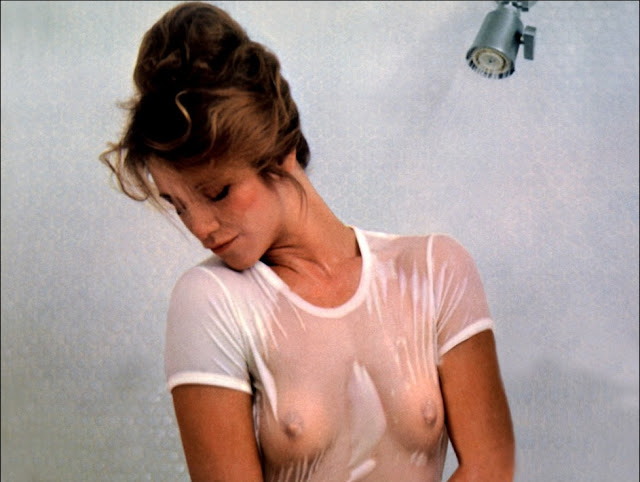 If she actually did own a percentage of BEHIND THE GREEN DOOR she must have gotten screwed (pun intended) since she was living in a trailer at the time of her passing.

No surprise since even mainstream superstars get financially fucked in the movie biz, but still worth noting since, dollar for dollar, GREEN DOOR has to be one of the most successful indy movies ever made.