IT'S OFFICIAL: MICHAEL JACKSON IS DEAD AT AGE 50 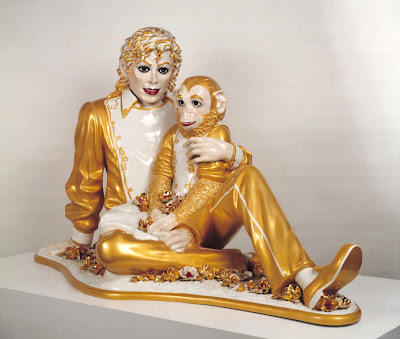 After conflicting reports, it has been officially stated that pop culture juggernaut Michael Jackson is dead from a cardiac arrest at the age of fifty. The Vault's Michael Jackson piece is currently in progress, so check back by mid-morning tomorrow.

Thriller was so long ago I grabbed a copy from the only person I knew with a VCR and MTV the night it aired and drove it down to Poorchoice for a screening.

This, combined with the fact that we'll nay be high together again is bringin' me down. :(