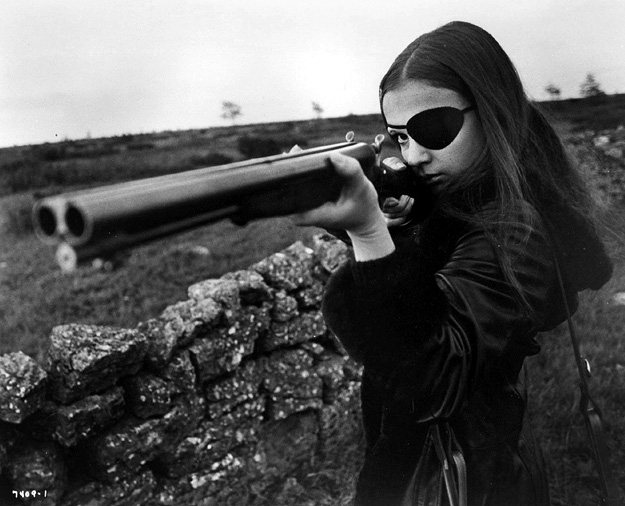 When Sweden's 1973 THRILLER - EN GRYM FILM found its way to these shores in 1974, it was known by several different titles, including HOOKER'S REVENGE and THEY CALL HER ONE EYE, and was exhibited with some twenty-five minutes of footage excised. It's been out on DVD in the United States for the past few years in two restored versions — the "vengeance" edition, and the more explicit limited edition — and having spent much time pondering its merits since seeing it when unleashed in its fully uncut form, I have to say that it's almost the letter-perfect example of a seventies-era exploitation flick. You'll note that I say "almost," so allow me to elucidate. 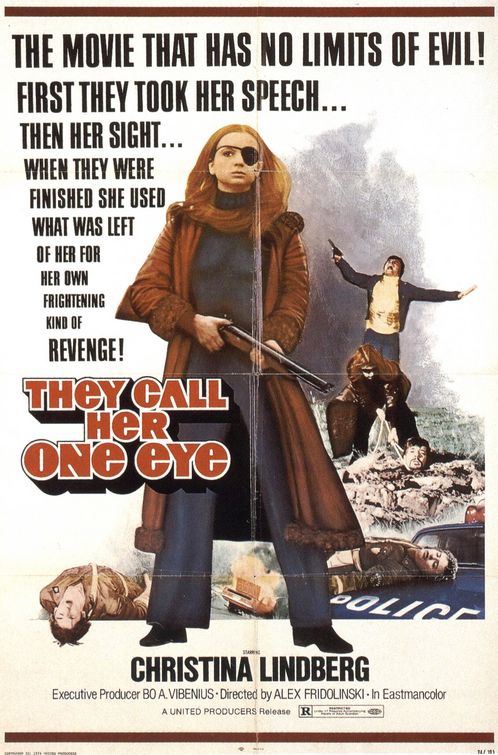 THRILLER: A CRUEL PICTURE falls squarely into the tried and true exploitation category of the revenge film, and its all-too-human and horrifying scenarios are absolutely not recommended for the squeamish or the easily-offended. The protagonist is Frigga, a young woman whose sexual assault at age eight rendered her mute, played with agonized melancholy by the innocent-looking yet totally hot Christina Lindberg, one of the few actresses who's so cute that I willingly sit through any Euro-trash softcore movie that she's in, most notably 1973's ANITA . One day during her teen years, Frigga makes the grave error of accepting a lift from Tony (Heinz Hopf), who promptly kidnaps her, addicts her to heroin, and forces her into prostitution. 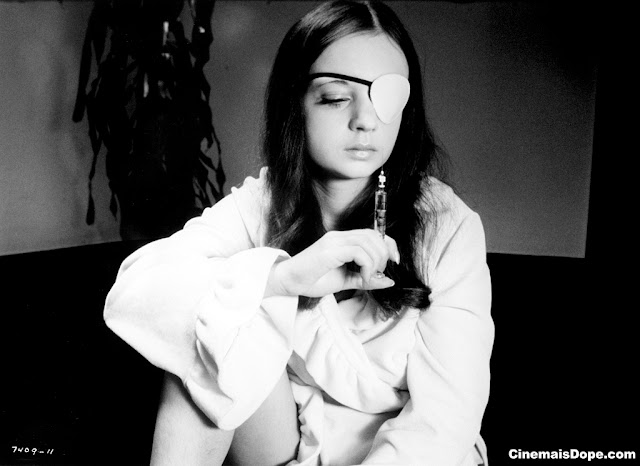 Frigga contemplates her one joy in life.

The poor mute girl endures untold numbers of sleazy customers of both genders — let's call it what it is: this is rape after rape after rape — but when she works up some gumption and refuses a client, her pimp graphically stabs her in the eye, from which point the tortured lass sports an eye patch. Frigga's is a hellish existence of getting shot up with horse and being used by vile creeps — in one shocking instance, we witness hardcore scenes of penetration as a body-double takes a plowing from an overweight, hairy John — and when she discovers that her pimp has sent her parents a vicious letter that they believe is from her, she is finally pushed over the edge upon finding that the letter broke her parents' hearts so badly that they committed suicide. Frigga then gets her shit together enough to take karate, offensive/defensive driving, and firearms lessons on her off-days (yes, she actually is left to her own devices on her days off, her captors knowing full well that she'll be back for more heroin), and once she has that skill set in place she goes after her tormentors like a pint-sized Fury straight of the darkest tales of Greek mythology.

Now I don't know what you may think, but that sounds like it could have been the greatest exploitation movie ever made, loaded as it is with sex and violence from start to finish and a heroine any decent human being could not help but root for and want to see unleash righteous vengeance, but THRILLER: A CRUEL PICTURE has a couple of things going against it that hamper its potential classic ranking. First of all it's a Swedish film, and Swedish cinema is not known for lively pacing or even characters you can really find yourself emotionally connecting with. Like the country they hail from, Swedish films can be very cold and stark, and even their legendary pornography shares those traits, something that was largely overlooked back in the days when American porn wasn't yet allowed to be as "I am your gynecologist" explicit as its foreign contemporaries. Everyone in this film speaks in a lugubrious monotone and after a while I felt like I was dreaming all of it, or else I was under the influence of some particularly choice Mexican cough syrup, and that zombification of the proceedings is not in any way helped by the questionable choice of having Frigga's revenge scenes be rendered in snail-paced slow motion. Nothing kills a movie's action like slow motion, and here it buries the film and plants a fucking tombstone atop the fresh grave. 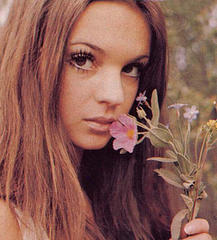 The lovely Christina Lindberg. I know it's all pretend, but she's the last person I'd want to see any of this stuff happen to.

But even with those obvious defects, one cannot deny the power of star Christina Lindberg's performance. Frigga's a character that life has chosen to shit upon since her childhood, and her revolving door of graphic abuse is very hard to watch, endurable only because the tenets of the genre dictate that she will rally herself and savagely execute those who so severely wronged her by the time the final reel unspools. Secure in that knowledge, the viewer is nonetheless dragged along through her journey into a horribly personal hell, utterly unable to help her, offer her comfort, or rescue her thanks to being a filmgoing observer. Lundberg's childlike face is expressive to a painful degree, and her deep, sad eyes convey Frigga's misery far more effectively than any words could have hoped to. Everything she suffers only puts us that much more firmly on her side, and there is nothing even remotely titillating about her many nude scenes, although Lindberg's look captures a curious blend of childlike innocence and very much adult sexuality. I swear I wanted to reach into the film and throw a king-sized blanket over her to protect Frigga's dignity, and I would be shocked if you didn't find yourself sharing that sentiment. Not since Camille Keaton in the even more harsh I SPIT ON YOUR GRAVE (1978) have I been so moved by a desire to stop the narrative and take the heroine away to a nice, comfy cottage somewhere, draw her a nice, hot bath, and hand her something very strong to drink.

So for me THRILLER: A CRUEL PICTURE is something of an odd duck. It's a theoretically perfect example of its breed, but I have a difficult time recommending it to anyone other than genre completists because of its flaws and the fact that it's simply one of the bleakest films I've ever seen. It's certainly not a date movie, and there's barely a sense of triumph when Frigga destroys her exploiters at the film's end; Frigga is a ruined and debased human being when all is said and done, still an addict and now, unfortunately, a murderess as well. This film comes from a place of utter blackness and misery, and should probably be avoided by all but the hardiest of grindhouse-dwellers. 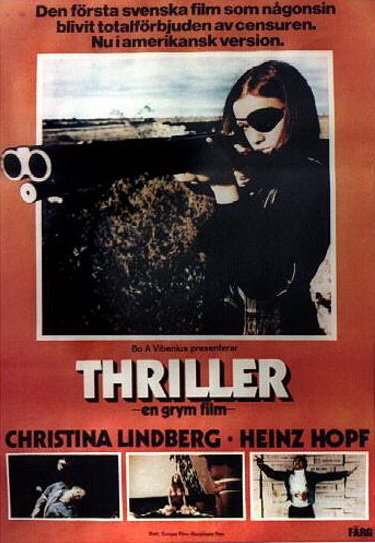 Well, now I "see" (so to speak) where Elle Driver's eyepatch came from...