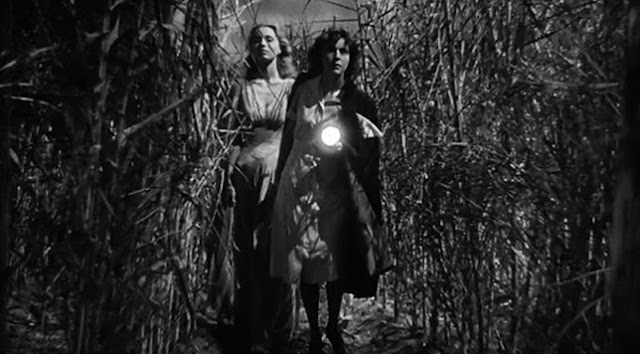 After over fifty years of movies showcasing Romero-style living dead , it's sometimes difficult to separate that perception from what came before NIGHT OF THE LIVING DEAD (1968) broke new ground, thus establishing nearly all zombie tropes going forward. Pre-Romero zombie movies featured revenants based on what was then known of traditional Haitian zombies, meaning the creatures in question were merely enslaved West Indian plantation workers who were rendered shambling automatons via the administering of assorted drugs. That effect was passed off as being straight-up voodoo, and though we know it's not supernatural in origin, the superstition still persists. Anyway, a bunch of black guys shuffling around aimlessly while posing no real threat makes for pretty tepid cinema, and that's exactly what I got when I finally sat through I WALKED WITH A ZOMBIE, a film many hail as a classic. I can see how it would have had impact some seventy-plus years ago, but to today's audience it's little more than a curio crafted by the makers of the far superior CAT PEOPLE.

I WALKED WIITH A ZOMBIE is basically a standard 1940's "exotic" romance picture, bolstered by solid performances, an intelligent script, and atmospheric art direction. The story, about what transpires when a young Canadian nurse is tasked with caring for the comatose/somnambulistic wife of a plantation owner. Some time earlier, the wife achieved her present state for reasons revealed during the climax, and for all the world it seems that she has been made into a classical zombie, and the only way to cure her might be to subject her to a voodoo ritual performed by some of the plantation's natives. Simultaneously, the nurse falls for the plantation owner, so the complication is what would happen if the missus is cured?

It's by no means a bad movie, in fact it's quite good, but if you're going in looking for any kind of actual thrills or supernatural content, especially after a steady diet of gory flesh-eating "roamer" epics, this film ain't necessarily for you. It's worth seeing for genre completists and so one can discuss it from an informed point of view, but it's very much of its era and likely will not work for a a 21st century audience. I will, however, give it praise for its treatment of black characters during an era chock-a-block with offensive racial content and coon stereotypes. All of the plantation's blacks are depicted as intelligent, well-spoken humn beings, and the fact that slavery was an atrocity is very directly addressed. Kudos for that. 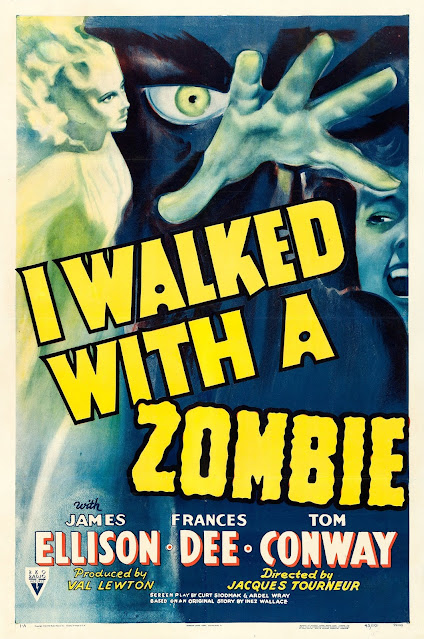