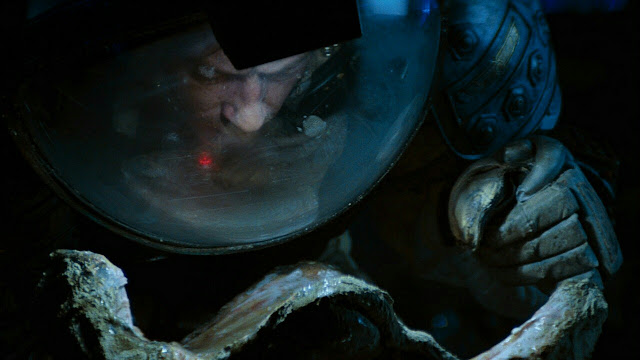 During the summer of 1979, the hottest ticket for those of us who were too young to believably appear old enough to be able to attend an R-rated movie was director Ridley Scott’s ALIEN. Thanks to the boyfriend of a peer’s mother who sought to curry favor with her son, I found myself one of the lucky few in my junior high to have seen it in the theater, and I’m undyingly grateful that I did because a dark movie theater was the perfect place in which to experience it for the first time.

Basically a high-end mashup of elements cribbed from IT! THE TERROR FROM BEYOND SPACE (1958) and PLANET OF THE VAMPIRES (1965), ALIEN came from out of nowhere to become a genre milestone while also codifying certain of its aspects into the filmic language. Another case of simplicity itself, the narrative follows the ill-fated working class crew of the Nostromo, a long-haul space-tug that’s lugging a fuel refinery, as they contend with an incredibly hostile life form that makes its way onto the ship. The particulars of the story are now quite familiar, as they have become Iconic, but on the off chance that anyone reading this has somehow never the film, I will not spoil anything. What you need to know is that its story is presented with a futuristic-but-grounded sense of realism, and there’s nothing glamorous or “cool” about the crew. They’re basically a pack of truckers who are willing to endure suspended animation over the course of the journey, and they’re there to do their job. No flashy space heroes among them and no “pew-pew” laser guns. (Flamethrowers, however..) Once the alien gets loose, it’s a taut study in claustrophobic terror in which it’s very doubtful that anyone will survive. 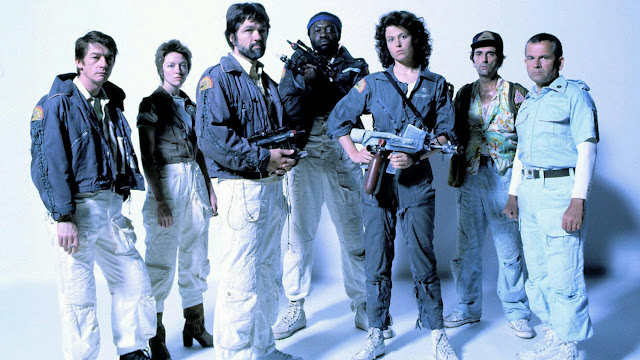 Among the elements that gained ALIEN its immortality are the titular creature, designed by legendary Swiss artist H. R. Giger, and its horrific reproductive cycle. It’s the stuff of nightmares, which is perfect for a previously un-encountered entity that is the unknown of the cosmos personified. The landscape of the inhospitable planet where it is discovered is equally memorable, featuring endless fog and an extra-terrestrial spacecraft of unknown origin that appears to be a fusion of the mechanical and the organic. Access to the ship is provided by orifices that bear a strong resemblance to grossly-oversized vulvas, which immediately makes most audiences uncomfortable, as we recognize what it is, but perhaps at first on a subconscious level. That bit of human anatomy is largely considered something to be kept from view, so by using it as a doorway, our heroes are performing a sort of anti-birth, which is only appropriate when taking into account what awaits them within the depths of the ship. 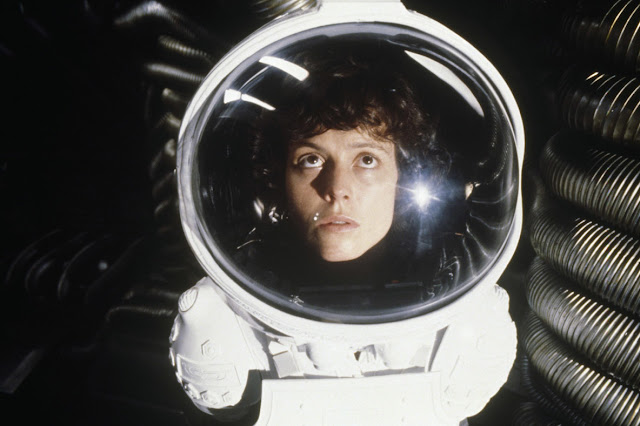 Ripley (Sigourney Weaver). The humble origins of an icon.

The other major landmark was the introduction of the now-iconic Ellen Ripley, played to completely believable perfection by a then-unknown Sigourney Weaver. Ripley is quite no-nonsense, and she’s the only member of the crew to demand a thorough quarantining of the life form (and the infected crew member) before letting it onboard. Her terror throughout the experience of dealing with the creature is all too relatable, as her crew is picked off one by one in assorted very gruesome ways. 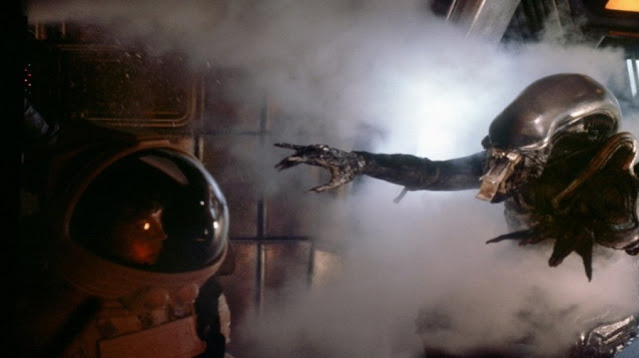 Her screen immortality was ensured by the events of the film, and would be topped by the equally exceptional sequel, ALIENS, some seven years later. So much, that when one is asked to provide a short list of characters who rank among cinema’s greatest badasses, Ripley is like to be on the roster, though her real status as such would be earned in the sequel. In ALIEN, she’s is an on-edge mess, but she keeps it together enough to prevail By the time ALIENS rolled around, well, we’ll get to that…

Anyway, ALIEN is a suspenseful, terrifying classic not to be missed, and its “haunted house in space” vibe is palpable. Especially when watching it on mushrooms, which I do NOT recommend. Trust me on that... 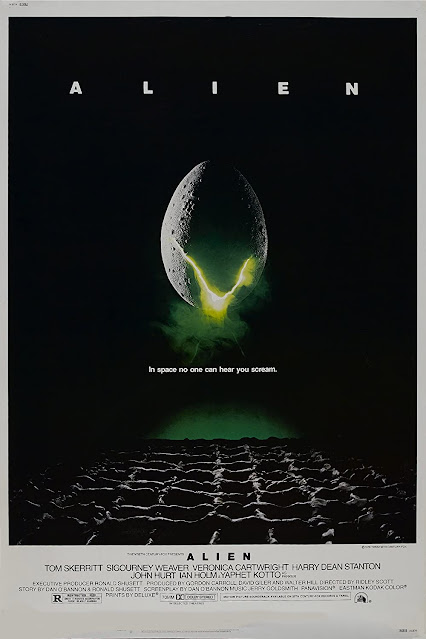 Poster from the theatrical release, featuring one of the all-time great tag lines.