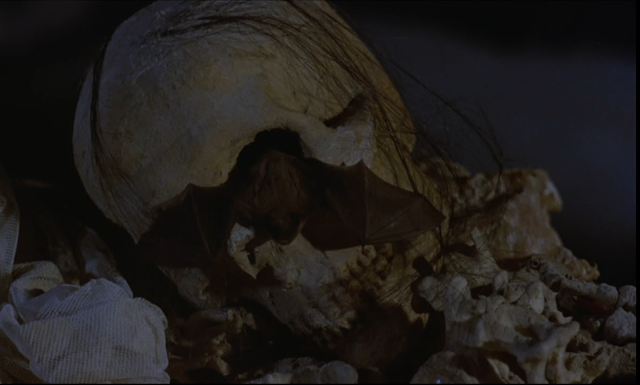 The Serbian village of Stetl is home to the vile Count Mitterhaus, a vampire who preys on young local girls for sustenance while sating his baser desires with Anna (Domini Blyth), the nubile wife of schoolmaster Albert Müller (Laurence Payne) and the vampire's very willing lover. 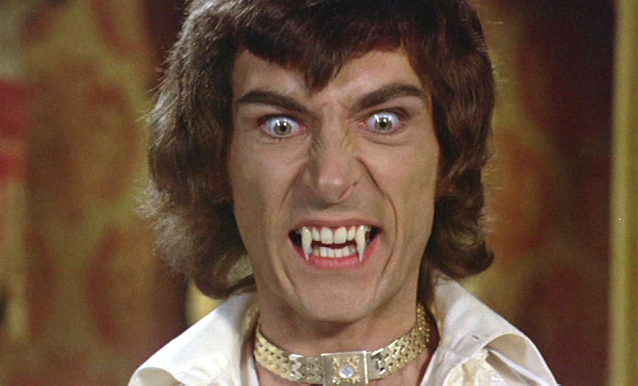 Müller, fed up with the serial decimation of female youth (plus to say nothing of his being cuckolded by an undead suckface), rallies the village's men and leads a raid on the Count's castle, interrupting him in the midst of a lusty romp with Anna. The ensuing battle sees the deaths of a few of the men, but Albert drives home the needed stake through the heart. As his unnatural life force ebbs, the Count curses the village men, their children, and the viallge itself to death while Anna is scourged by the townsfolk. Even though she betrayed him for another man, er, vampire, Albert calls a halt to the beating, allowing Anna to flee back into the castle, which is promptly put to the torch by the rabble. But, unseen by the incensed villagers, Anna hauls the Count's body into then depths of the castle, where, with his dying breath, he instructs her to contact the Circus of Night, specifically his cousin Emil, who will "know what to do." As the castle burns, Anna flees the scene. Fifteen years later, Stetl has been closed off from the rest of the world as it is wracked by a deadly plague, a disease believed by men of science to be a pandemic, but what is in actuality part of the Count's curse in dread action. Into this bleak tableau arrives the caravan of the Circus of Night, featuring an eerie assortment of performers, all of whom are vampires, shape-shifters, of other creatures of indeterminate nature.

What we get with VAMPIRE CIRCUS is a well-mounted but middling effort that reveals the once-groundbreaking and relevant Hammer studios on its last legs, a brand done in by changing times and the permissiveness wrought by the 1960's and early-1970's. Where Hammer had once been a trendsetter with its then-shocking amounts of gore and saucy sexual content, international works had over the course of a decade eclipsed them with what filmmakers could get away with. The splashes of bright Sherwin-Williams red paint that stood in for blood now looked quaint and tepid when compared to the gore-fests of the like of Herschel Gordon Lewis and the nudity now found in European releases rendered Hammer's tight bodices and generous, heaving bosoms passe, so in order to compete Hammer upped the gore and grue, and the nudity moved well past the occasional mouthwatering decolletage into the realm of frequent toplessness, nekkid ass, and minor glimpses of bush, all at the expense of narrative quality. Hammer's stock in trade had been the Gothic made palatable to the masses, telling those stories with genuine suspense, lavish production design, a signature flavor and sound, and frequent reinvention of horror tropes that had been long established, most notably by the Universal monster cycle of the 1930's and 1940's, but the audience of the Civil Rights and Vietnam era were more sophisticated, having been exposed to the real-life horrors of the social unrest and military conflicts in clear representation in footage broadcast on the nightly news. Horror grew up in the 1960's, along with its audience, so the fare became harder-edged and more nihilistic, so Hammer's "Grimm's fairy tales for grownups" were a casualty of that evolution.

VAMPIRE CIRCUS, while not bad by any stretch, plays like what it is, specifically a catalog of Hammer vampire movie tropes, minus the creative spark that made their vampire efforts so memorable. It possesses a certain amount of atmosphere, but by the time of its release nearly every one of its aspects is as familiar as a beloved old cat that's getting on in years and clearly does not have long before the inevitable. The only new wrinkle in this is some of the bizarre performers in the circus (including a pre-Darth Vader David Prowse), but they are not all that well-realized. Yes, this was a last gasp and it showed. 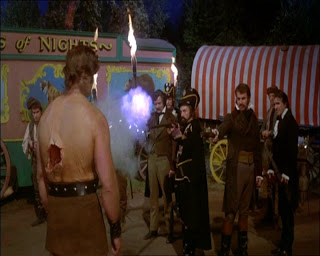 If you ask me, the final Hammer piece that displayed real inspiration was 1974's CAPTAIN KRONOS, VAMPIRE HUNTER, after which the studio hobbled along until ceasing production in 1979. The company had enjoyed over two decades of trend-setting, beginning with THE QUATERMASS X-PERIMENT (1955), and kicking off proper with THE CURSE OF FRANKENSTEIN (1957), and THE HORROR OF DRACULA (1958), with many worthy films following in their wake and adding up to an impressive legacy. If you love the Hammer brand (when it's firing on all cylinders), then by all means give VAMPIRE CIRCUS a look, but don't anything particularly engrossing or all that fresh. It's an okay way to kill 87 minutes, but that's about it. 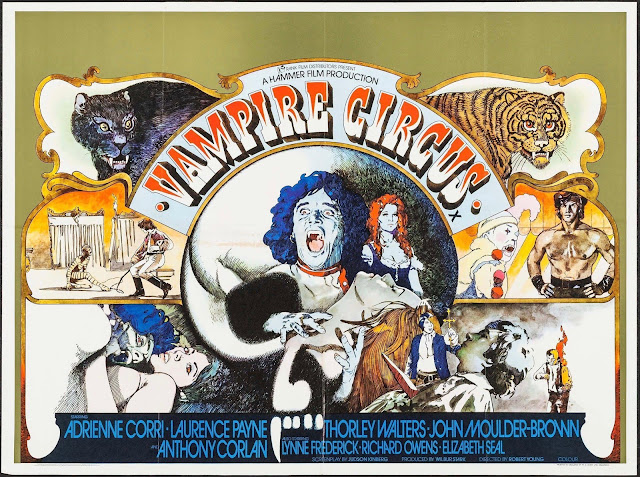