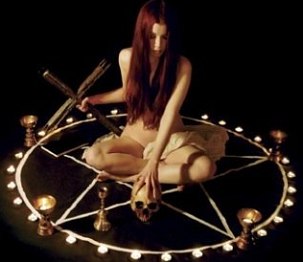 The lovely packaging image for the DVD. Needless to say, nothing like this occurs in the film.

Anyway, there's really nothing to the story other than the two coven leaders both wanting to get into the older sister's knickers (which they both succeed at), the older sister getting into the idea of gaining power within the coven and suddenly learning black magic in order to achieve her from-out-of-nowhere evil ends, and the younger sister displaying minor psychic abilities that do zero to advance the thin shred of a plot. The copious amounts of nudity during all of this are the film's sole redeeming feature, but that aspect grows old very fast, especially when one considers how much actual porn is so readily available.

In short, THE VIRGIN WITCH is a curiosity at best, but if you choose to skip it you will miss absolutely nothing. 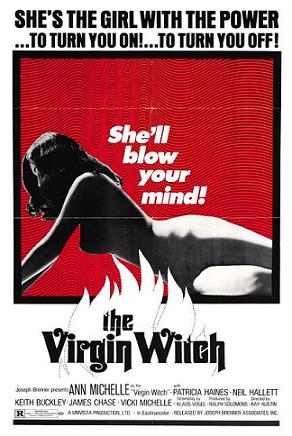