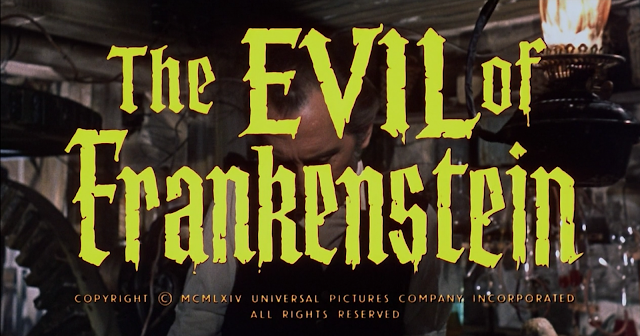 It had to happen sooner or later...

This third entry in Hammer's Frankenstein series is hands down the weakest of the lot, offering little or nothing new while being surprisingly turgid for on of this studio's efforts from its heyday. To be honest, I fell asleep during the first half-hour while watching it, and upon finishing it I lamented the 84 minutes of my life that I wasted on it and will never get back. It's wholly mediocre and dull, which are two unforgivable sins for any movie, but they especially rankle in a film released by a trusted studio and starring a favorite actor.

THE EVIL OF FRANKENSTEIN is so rote, its details barely even merit recounting. The basics of this one amount to "after once more being discovered up to his ghoulish shenanigans and driven out of town, the Baron and his assistant return to his hometown of Karlstaad and once more mayhem and vengeance ensue." It takes the well-worn Frankenstein cliches and just leaves them on the screen in much the same way as one would imagine someone setting a Thanksgiving table with a cheap rubber turkey as the main attraction and expecting those in attendance to be satisfied with it. Peter Cushing returns as the Baron and appears largely bored throughout, nearly all of the surrounding characters are cookie cutter "types" common to Frankenstein movies in general, and the monster looks like it was rejected from a cheap local TV station's "spooky" afternoon kiddie show, or maybe a first pass at Peter Boyle's makeup from YOUNG FRANKENSTEIN (only unintentionally humorous). 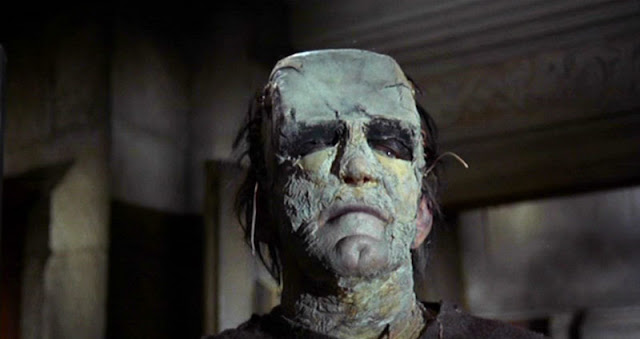 Kiwi Kingston as the monster.

I've certainly endured worse movies but, as I have said elsewhere, Hammer ste a high standard for itself, so when it issued a dud, it stung. I expect better from them, a lot better, and this one is weak tea at best. Worth seeing only for hammer Frankenstein completists and definitely the sickly runt of the litter. If you opt to skip a Hammer Frankenstein, make it this installment. 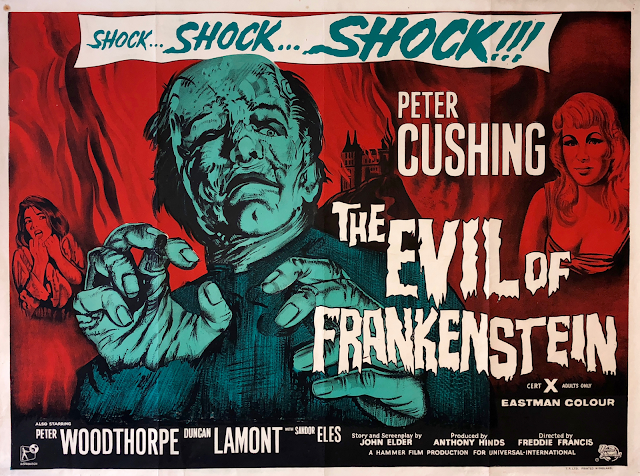