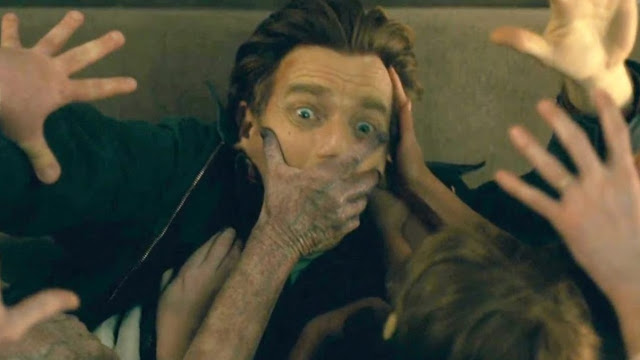 When you'd prefer to let dormant ghosts lie, but that is not an option.

Decades after the events of THE SHINING (1979), psychic Danny Torrence (Ewan McGregor) has grown up and goes by "Dan." His experience at the Overlook Hotel traumatized him deeply, and in an effort to keep his "shine" powers bay, he has followed in his father's dysfunctional footsteps and degenerated into a violent alcoholic drifter. His wandering brings him to New Hampshire, where he is shown kindness by Billy Freeman (Cliff Curtis), a stranger who, having once been in Dan's shoes, recognizes Dan's need for help. He secures Dan a place to live and a job operating a kiddie-scale train, but Dan also finds a part-time gig as an orderly in a hospice. While there, he follows the lead of the facility's cat, an animal that always senses when a patient is about to die, an infallible talent that allows the patients to know for certain that it is their time. Dan enters the room of the dying and comforts them with his shining power, alleviating their fear and suffering, and one of the patients pays him the honor of dubbing him "Doctor Sleep."

Meanwhile, a cult of, for lack of a better way to describe them, psychic vampires called the True Knot roams America in search of children who possess powerful shining talents. Once tracked down, the True Knot abducts and tortures their victims, stating that fear and pain purify the "steam," the powerful life essence of those gifted with the shine. This horrifying clan is led by Rose the Hat (Rebecca Furguson) who, like her followers, is a near-immortal, and they all feed upon the steam to stay (hopefully) forever young. The more powerful a victim's shine, the greater the power imbued upon the predators. (Their murder and torture of a terrified and screaming Little Leaguer is perhaps the film's most genuinely scary sequence.) 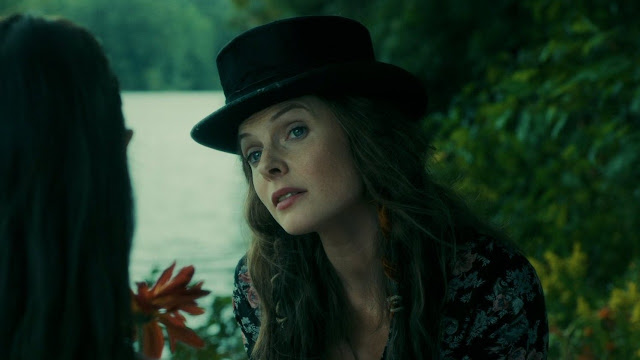 Evil incarnate: Rose the Hat.
Time passes after Dan's arrival in New Hampshire, and he celebrates eight years of sobriety. He also begins receiving telepathic communications from Abra Stone (Kyleigh Curran), a 14-year-old girl whose shining's power may have no precedent. We're talking telepathy, telekinesis, astral projection, in other words she's a gifted Swiss army knife of psychic badassery. And the True Knot wants to find her and use her as a reservoir to replenish their dwindling supply of the steam. 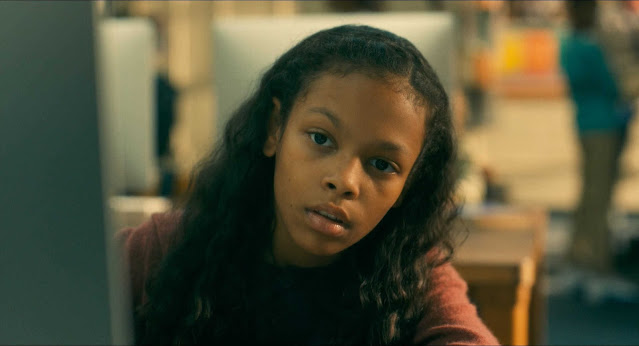 Once she knows they are aware of her existence and that it's only a matter of time before they descend upon her, Abra reaches out to Dan and asks for his help. Their battle against this implacable and heartless evil takes several turns that lead Dan to realize that the True Knot may be too powerful for he and Abra to defeat on their own, so Dan opts to lure Rose to the site of where all of his nightmares began: the Overlook Hotel.

I've been an avid Stephen King reader since 1979, and the source novel for DOCTOR SLEEP is one of my favorites of his more recent works. It's a sequel that satisfies, and the movie does it justice with only a handful of minor alterations here and there, mostly tightening some of the narrative points and trimming unnecessary fat. If you have not seen THE SHINING, watch that before sitting through this, though I would argue that one does not have to have seen it in order to get what's going on and enjoy what it brings to the plate. Simply put, this is one of the top tier King adaptations and it should be experienced by his devotees. 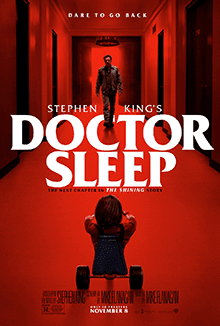