Every now and then a publisher has the good sense to release a book catering to a certain fringe audience that not only gives the faithful something they would absolutely enjoy, but also goes above and beyond in filling those pages with material so fucking awesome that you just might be inspired to jack off to it. Such a volume is the long-awaited THRILL-POWER OVERLOAD: 30 YEARS OF 2000 AD. 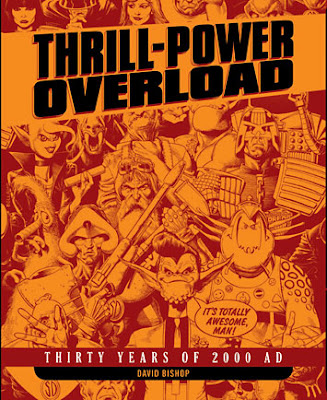 This huge hardcover edition is culled and expanded from a series of articles by David Bishop for the JUDGE DREDD MEGAZINE, articles chronicling the warts-and-all history of 2000 AD, the landmark British sci-fi comic that's been running since February of 1977 and introduced the world to many phenomenal comics and creators, some of whom would go on to comics-biz superstardom. Alan Moore and Dave Gibbons (WATCHMEN), Grant Morrison (ANIMAL MAN, DOOM PATROL) , Brian Bolland THE KILLING JOKE), Alan Davis (EXCALIBUR, THE NAIL I & II), Garth Ennis, Steve Dillon and Glenn Fabry (PREACHER), Kevin O'Neill (THE LEAGUE OF EXTRAORDINARY GENTLEMEN) and many others would make quite a splash once they branched out to the more lucrative work found at DC and Marvel Comics, but the stuff that first brought most of them to the astonished attention of UK comics readers started in Two-Thou (as it's lovingly referred to by us geeks).

Rising from the ashes of the controversial and cancelled due to public outcry ACTION — the history of which I covered briefly in my review of THE COLLECTED HOOKJAW — the creators behind that incredibly violent comic learned their lesson and filtered their bloodthirsty sensibilities through a sci-fi disguise, thereby allowing for ray-gun blastings, dinosaurs eating people's heads, and other assorted mayhem unhampered by any sort of "realistic" setting. Thus freed, the creators went apeshit, and over its first five years 2000 AD unleashed a pantheon of far-flung classic characters and stories, such as JUDGE DREDD, 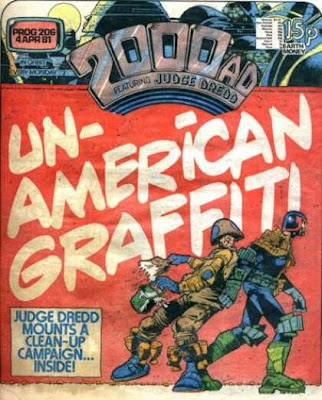 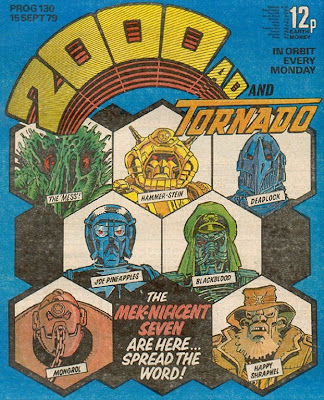 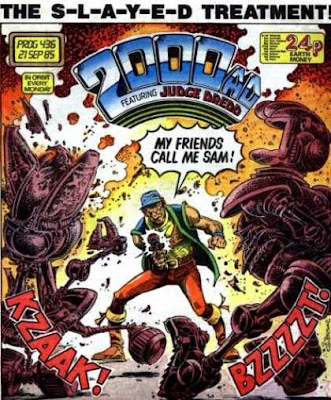 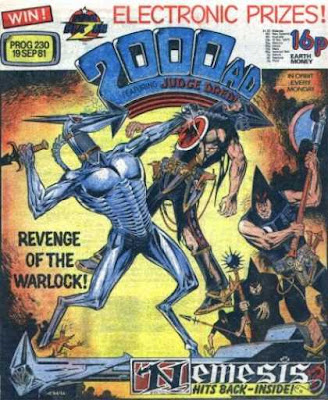 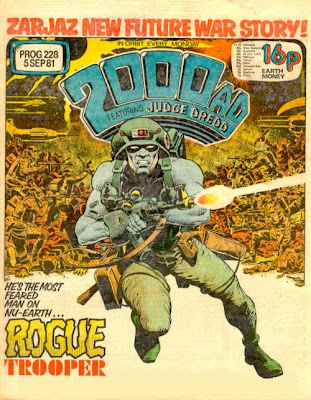 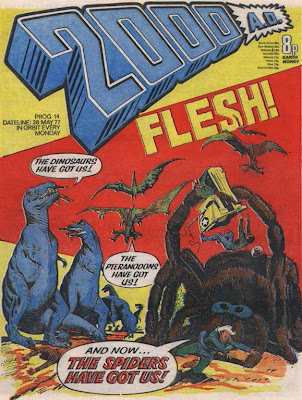 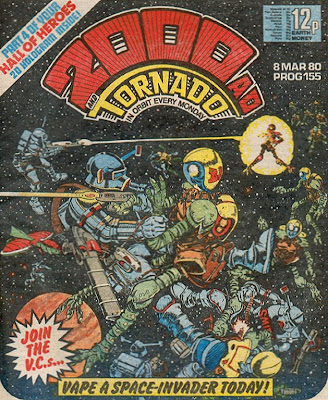 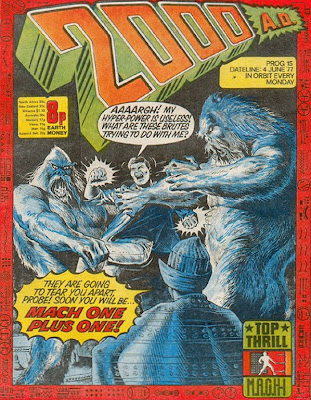 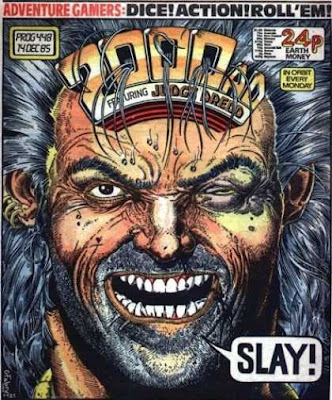 and of course the series that got me hooked on this stuff in the first place, STRONTIUM DOG 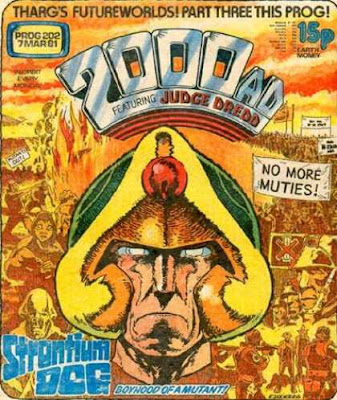 (which actually got started in STARLORD, a magazine that eventually merged with 2000 AD, but why quibble?). An impressive roster to say the very least. 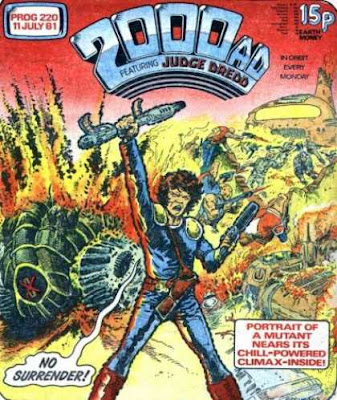 The issue that got me hooked during my first trip to England back in the summer of 1981.

The birth pains of 2000 AD are covered in highly entertaining and exhaustive detail, placing the book among the most informatve and compelling behind the scenes books ever written on the comics industry, and it's a fascinating read for both the hardcore fan and those curious about publishing and the creative process. I can't recommend this book highly enough, but keep in mind that here in the States it's an import and retails for around seventy to seventy-five bucks over the counter at the comic shop. I almost didn't buy it today when I found out how expensive it was, but there was only one copy in the place and once I looked at it I decided to go for it anyway and sacrifice a bit of carousing and collecting of other things.

Oh, and it's only honest to say that while I flipped through the book to get a feel of its excellence I have not sat down and read it cover to cover, what with just having picked it up about two hours ago. I did however read the original serialized version, and as previously stated this is a glorious expansion of the fun and compelling source material and is absolutely worth the hefty price tag. HIGHEST RECOMMENDATION

And here's a question for longtime 2000 AD readers: is this the goofiest cover they ever ran? 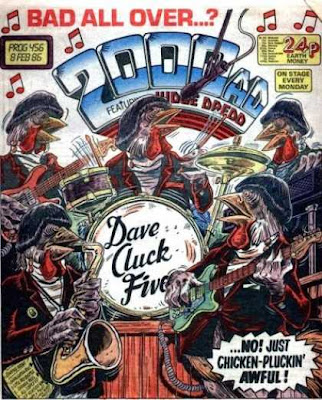 If not, please clue me in on what could possibly beat an all-chicken rock band!
Posted by Bunche (pop culture ronin) at Wednesday, July 18, 2007

Is it just me or is strontium dog's helmet a cunning combination of a ball sack and a simplified highschool sex ed drawing of a vulva, with a maraschino cherry clitoris... or has it just been too long...? Makes me think of the repeated clitoral hood motif on count duku's opera box (where the battle is viewed)at the end of the newer star wars's second turd log of a film. or maybe it was the third turd log, but i think it was the second.
-big mike