The title for the twenty-second james Bond film was announced today, and I was surprised to see that it's the name of one of the most unique stories in the entire 007 literary canon. "Quantum of Solace," from the 1960 Ian Fleming short story collection FOR YOUR EYES ONLY, is an odd duck in that it doesn't feature any spy action at all and is a compelling tale of simple, human misery related to Bond at a dinner party. 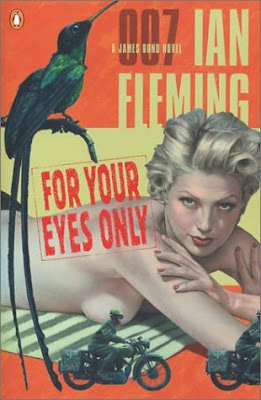 Many fans of the Bond books are not too fond of FOR YOUR EYES ONLY and hold special vitriol for the two stories contained therein that I liked most, "Quantum" and "The Hildebrand Rarity," but due to the nature of the source material I seriously doubt that much of the content will be used for the film, if any. Here's the news item, followed by the Wikipedia's recap of the short story:

The title was revealed to reporters Thursday at Pinewood Studios outside of London, where the movie is being filmed. Daniel Craig is returning as Agent 007. He picks up where 2006's "Casino Royale" left off, with Bond contemplating revenge after his betrayal by his true love, Vesper Lynd.

Filming began at Pinewood Studios earlier this month. Location shooting is planned in Austria, Italy and Panama. Judi Dench returns as the MI-6 boss M and Mathieu Amalric ("The Diving Bell and the Butterfly") plays the villain. Additions to the cast include Ukrainian actress Olga Kurylenko as mysterious Bond girl Camille.

"Quantum of Solace" is due to open in Britain and the United States on Nov. 7.

"Quantum of Solace" is not a spy story and Bond appears only in the background. Told in the style of W Somerset Maugham, the tale has Bond attending a boring dinner party at the Government House in Nassau with a group of socialites he can't stand.

Bond makes an offensive remark after dinner when the other guests have left in order to stimulate conversation. This solicits a careful reply from the elderly Governor of The Bahamas who tells 007 a sad tale about a relationship between former civil servant Philip Masters stationed in Bermuda and air hostess Rhoda Llewellyn. After meeting aboard a flight to London the two eventually married but after a time Rhoda became unhappy with her life as a housewife. She then began a long open affair with the eldest son of a rich Bermudan family. As a result Masters' work deteriorated and he suffered a nervous breakdown. After recovering he was given a break from Bermuda by the governor and sent on an assignment to Washington to negotiate fishing rights with the US. At the same time the governor's wife had a talk with Rhoda just as her affair ended. Masters returned a few months later and decided to end his marriage, although he and Rhoda continued to appear as a happy couple in public. Masters returned alone to the UK, leaving a penniless Rhoda stranded in Bermuda, an act which he'd been incapable of carrying out merely months earlier. But Masters never recovered emotionally, his vital spark never relit. The governor goes on to tell Bond how after a time Rhoda married a rich Canadian and seems to be happy, telling Bond that his dull dinner companions whom he found so boring were Rhoda and her new husband.

While the story does not include action elements, as other Fleming tales do, it attempts to posit that Bond's adventures pale in comparison with real life drama. Bond reflects that the lives of the people he passes somewhat superficial judgments upon can in fact hide poignant episodes. 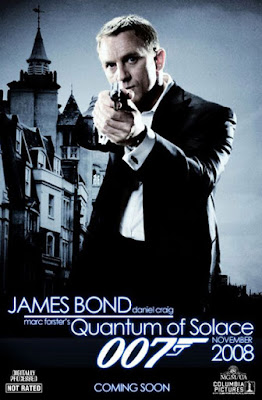 That's the book you gave me last year--the only way they're going to work any explosions into Q of S is by fusing it with one or more of the other stories.