Takao Saito's long-running manga series GOLGO 13 is often described as the Japanese answer to James Bond, but what many fans/geeks don't know is that Saito actually adapted four of Ian Fleming's 007 novels into manga form some four years before he launched the adventures of Duke Togo. Believe it or not, Saito, with the approval of Gildrose — the company that owned the rights to Bond — translated THUNDERBALL, THE MAN WITH THE GOLDEN GUN, ON HER MAJESTY'S SECRET SERVICE, and LIVE AND LET DIE into comics, but for some unknown reason Gildrose put a stop to further adaptations despite the works being officially licensed. That may have had something to do with Saito's versions being described as "loose" versions of Fleming.

Whatever the case, 007 provided Saito a perfect dry run for GOLGO 13, even down to the visual similarities between 007 and Togo. For example: 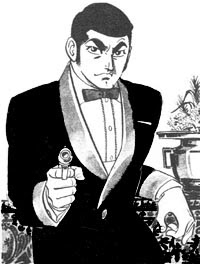 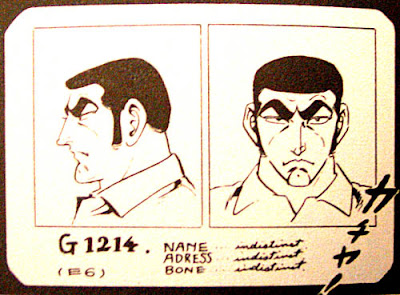 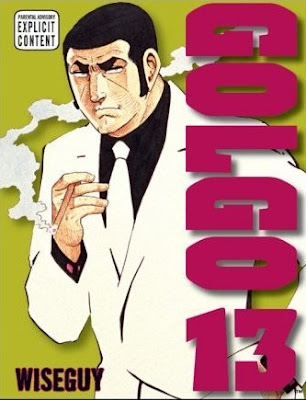 And, just for the hell of it, here's a page from Saito's THE MAN WITH THE GOLDEN GUN: 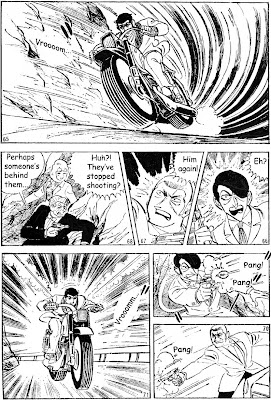