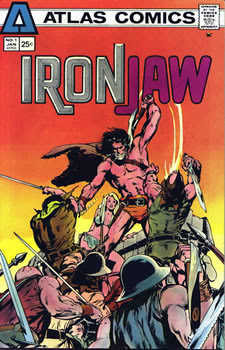 Coming soon to a classroom near you!

Thanks to Mark G. for alerting me to this one. From the New York Times:

Some parents and teachers regard comics, with their sentences jammed into bubbles and their low word-to-picture ratio, as part of the problem when it comes to low reading scores and the much-lamented decline in reading for pleasure. But a growing cadre of educators is looking to comics as part of the solution.

In Maryland, the State Education Department is expanding a new comics-based literacy curriculum, after a small pilot program yielded promising results. In New York City, a group of educators applied to open a new small high school that would be based around a comics theme and named after the creators of Superman; their application was rejected but they plan to try again next year. And the Comic Book Project, a program run out of Teachers College at Columbia University that has children create their own comic strips as an “alternative pathway to literacy,” is catching on. Six years after it started in one Queens elementary school, it has expanded to 860 schools across the country.

“It’s very much a teacher-led kind of movement in that teachers are looking for ways to engage their children, and they’re finding some of that in comic books,” said Michael Bitz, who founded the Comic Book Project as a graduate student and is now its director. “For kids who may be struggling and for kids who may be new to the English language, that visual sequence is a very powerful tool.”

The recent interest in comics as a literacy tool comes as graphic novels have cemented their status as sophisticated works of literature, and as teachers nationwide are struggling to boost reading scores. Proponents of comics in the classroom say that they can lure struggling readers who may be intimidated by pages crammed with text. They also say that comics, with their visual cues and panel-by-panel sequencing, are uniquely situated to reinforce key elements of literacy, like story structure and tone.

Still, skeptics fret that in the wrong hands, comics could become simply a vehicle for watering down lessons.

“If you’re going to use comics in the classroom at all, which I have serious doubts about, it should be only as a motivational tool,” said Diane Ravitch, an education professor at New York University. “What teachers have to recognize is that this is only a first step.”

Lisa Von Drasek, the children’s librarian at the Bank Street College of Education, said that “not a semester goes by that not a parent or a teacher expresses a concern about a comic-format book that their child has taken out or is using for their reading time.” Usually, she said, the critics come around. “What we say is, ‘Whatever works.’”

Nancy S. Grasmick, Maryland’s schools superintendent, said that years ago, she noticed teachers’ discomfort when their children were spotted with comics. “They tried to justify it by saying to me, ‘Well, this student or this group of students, they hate reading, and we’re just trying everything,’” she said. “We’re trying to open the eyes of teachers and educators to this as a possibility, this as something that might really help children and is good education.”

In the 2005-6 school year, teachers at eight Maryland schools taught lessons based on old Disney cartoons as part of a Comics in the Classroom pilot program. Researchers at the University of Maryland, Baltimore County, were commissioned to evaluate the program. They did not try to gauge how much students learned, but found that teachers and students had positive perceptions of the program.

“There were some teachers at first who thought: ‘Oh, my God, comics? What’s next?’” said Susan Sonnenschein, an associate professor of psychology at the university, who was one of the evaluators. “I think the teachers changed their impression.”

The state, working with Diamond Comic Distributors and Disney Publishing Worldwide, has since refined the curriculum and invited 200 teachers to take part on the condition that they provide additional feedback. It is also planning to introduce teachers to a new series of original comic books for early readers, to be released starting this spring by Françoise Mouly, art editor of The New Yorker, and her husband, Art Spiegelman, who revolutionized comics with his Pulitzer Prize-winning “Maus.”

Ms. Mouly said that she believed her books had “enormous” potential to turn children on to reading. She cited the experience of her own son, now 16, who learned to read through French comics like Astérix. “The one thing that retained my son’s interest night after night was the comics,” she said. “Whatever that light bulb is went on.”

At Public School 59 in the Bronx one recent afternoon, students clustered around tables, plotting out their own comic strips at one of the Comic Book Project’s after-school programs. At one table, Jamie Collazo’s and his friends’ faces lit up when asked about their favorite activity: video games like Ultimate Spider-Man, Super Smash Bros. and Wolverine’s Revenge. “I’m a game freak,” exclaimed Jamie, 11, saying that this was “when you collect a lot of games and you can’t stop playing them.” Reading, he said, “is kind of boring to me.”

But there he was, brainstorming a tale of three powerful gods who land on Nerainis, a planet between Neptune and Uranus.

Gabriel Cid, 10, agreed that “reading is kind of boring,” but said comics were different. “Superheroes, comics, that’s when it gets interesting because you get to see all the cool stuff,” he said. “We get to do our own design, and we get to color whatever we want — create our own characters and stuff.”

By the end of the hourlong session, there were comics about islands populated by Native Americans, and about aliens who communicated in Morse code. There were plenty of misspellings (“to be countind you,” one child wrote in lieu of “to be continued”), but there were also instances in which students asked one another how to spell words like “mysterious.”

Amid the sketching, coloring and debating over the best way to split four panels into eight, Dr. Bitz of the Comic Book Project saw glimmers of learning: children composing, revising and organizing their thoughts into linear narratives. “Because it’s their story,” he said, “they want to make it right.”
Posted by Bunche (pop culture ronin) at Thursday, January 03, 2008

Are they going to have a class on "How to get fucked over by a company you made Billions of Dollars for"? Siegel & Schuster's or Jack Kirby's descendants can teach it!

IRONJAW!!! Gods, that takes me back to the Bad Old Days. I recall reading an article in the late, unlamented magazine Dynamite about Atlas Comics, a vividly-recalled snippet of which read "Ironjaw bites for the law!" When I saw a copy a few years later, I was amused to behold a fourth-rate Conan knock-off with copious misogyny and dialog that would shame John Norman. Wow! Somebody didn't do their homework... Thanks for the butt-shot down Memory Lane, Bunche!