VOX POPULI: IMDB READERS WEIGH IN ON THE CLOVERFIELD EFFECT 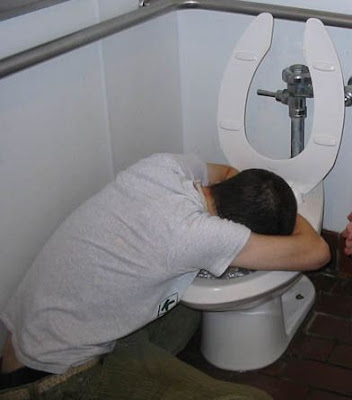 When I reported about how the handheld photography in CLOVERFIELD actually made me vomit , I figured that if I was thusly affected then there had to be others who shared my pain. Curious to see if that was the case I checked on the user comments section at the good old Internet Movie database and was shocked to see how many viewer's accounts involved motion sickness, headaches, and hurling. As I write this there are currently fifty-six pages of comments , too many for me to read in one sitting this afternoon, but here is a sampling of excerpts that directly address what I've come to call The Cloverfield Effect:

"If you get even remotely motion sick, do not go to see this movie. Alternatively, take some dramamine and hope it works for you, because it's basically 80-some minutes of J. J. Abrams pouring his hate on you by getting a camera guy with ADHD to shake the bajeesus out of the screen anytime someone sneezes."

"The entire movie the camera work is imitating a hand held so the viewer finds himself with a headache after the first fifteen minutes of shaking and often unable to discern what is going on in the movie."

"Although not for everyone (especially those with severe motion sickness), Cloverfield lives up to the hype and is a fabulous way to spend $15. Definitely a must see among the recent releases lately."

"I thought I could tolerate all the shaking and stuff by thinking all those will only be part of the beginning. But it's not! The using-handycam-idea should stop right after the attack begins.. not many people like that motion sickness feeling. In fact, my friends and I left the cinema after about 30-40 minutes despite the fact that that is when the story starting to get interesting."

"First, the camera work was way too shaky. The attempt at trying to make the film as if thru a hand-held camera was CRAP. I actually became physically ill in the movie theater, getting a bad taste in my mouth and ended up puking slightly in the parking lot of the movie theater... NOT PLEASANT..."

"Common sense aside, the viewing experience is crude and downright torturing. It is actually physically nauseating. I kept wishing that the cam is just a deploy before the real movie begins. I was wrong. By the end of the movie, which is one of those wtf endings, I felt violently ill."

"Films are supposed to entertain. What is entertaining about blurs and streaks of blurs in motion on the big screen? Nothing. It's vomit inducing."

"I was struggling to avoid illness by the end. Are we sure Michael Bay had no involvement in this movie? Boneheaded plots and cameras on steroids are his speciality. Even my friends were looking up at the ceiling or trying other tricks to avoid motion sickness. One scene involves a flashing light that seemed bound to invoke seizures."

"The camera is shaking the entire time, not adding to the realism but giving you a headache. The person I went with loves rollercoasters and she even vomited outside of the theatre. Even I needed aspirin after the movie."

"Too many people in our theatre left the cinema due to motion sickness from the movie screen/camera constantly "jumping" and "zig-zagging."

"I went to see this movie at 12:01 A.M. on Friday morning, the first show, and thought the movie was great. Althoguh I will tell you that if you get motion sickness or easy headaches DO NOT see this film, and if you do move as far away from the screen as possible! My friend got a bad headache and we were halfway up in the biggest theater in at the place which probably holds about 300-400 people. I was not affected because I would just close my eyes for a moment if I felt like it was a lot of moving and it would help my eyes a lot."

"Left me Nauseous & Headachey-
I'm deducting 2 stars for how ill this movie made me. Why did NO one warn me that the ENTIRE film was shaky, hand-held video? (I thought it would just be the opening party scene.) "The Blair Witch Project" did the same thing to me."

I think you get the idea, but this final example sums up The Cloverfield Effect with absolute clarity:

Okay, this movie looked like it had a nice story, nice CGI, just looked good. Still think it probably is. If you never have headaches, motion sickness, and for god's sake you better not be epileptic.

I really, really wish I could have sat through it to the end but after 45 minutes I had to leave. I had a awful headache, my mother was two seconds from throwing up (a woman that has NEVER had motion sickness, she threw up when she got home), and my boyfriend DID throw up.

Forty-five minutes in he ran out of the theater, I followed to see what happened. Seven other people came literally running out while I was waiting for him and headed straight for the bathroom. While I was waiting a woman that worked in the theater (and about 6-7 ushers to clean) the first thing she asked, "You out of Cloverfeild?" I said yes and said people were running out, I heard her say to an usher "Everyone is getting sick, I can't believe this." She then explained to me that everyone watching this is getting motion sickness and they'll refund my money.

I want to make a quick point. I have only ever walked out of two movies before this. I have NEVER asked for my money back. This time I did. Talking to the woman at the ticket box, apparently the first night was even worse. She said her husband could only stand five minutes and had to leave.

I'm completely and utterly stunned that no one has talked about this in a movie review. It may be "artful" and "amazing" to some people, but if a movie screws up your head so bad that you've either got a massive headache, or you throw up, I just think SOMETHING might be a little wrong with it.

I've never had motion sickness, but the headache is killing me, and I still feel like the room is spinning. Maybe I can stand it as a rental and see it on the small screen, having that constant shaking taking up my entire vision was more than I want to bare. Still would like to see the end of the story though so I might rent it and see if a small screen helps.

Seriously consider your tolerance before viewing this film. 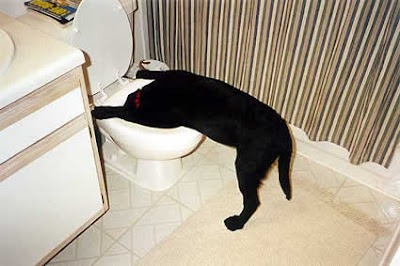