HOW TO PLAY AND SING THE BLUES

I got this one from my old pal John Gibson. Don't know who wrote it, but it's pretty much on the money.

How To Play And Sing The Blues

5. Blues cars: an old Chevy, Ford, or Cadillac ... and broken-down old trucks. Blues don't travel in Volvos, BMWs, or SUVs. Most Blues transportation is a Greyhound bus or a southbound train. Jet aircraft and state-sponsored motor pools ain't even in the running. Walkin' is a major part of the blues lifestyle. So is fixin' to die.

6. Teenagers can't sing the Blues. They ain't fixin' to die yet. Adults sing the Blues. In Blues, "adulthood" means being old enough to get the electric chair if you shoot a man in Memphis.

7. Blues can take place in New York City - but not in Hawaii - or anyplace in Canada. Hard times in Minneapolis or Seattle is probably just clinical depression. Chicago, St. Louis, and Kansas City are still great places to have the Blues. And you cannot have the blues anyplace that don't get no rain.

9. You can't have the Blues in a office or a shopping mall. The lighting is wrong. Go out to the parking lot and sit by a dumpster.

10. Good places for the Blues:
a. highway
b. jailhouse
c. empty bed
d. bottom of a whiskey glass/bottle

11. No one will believe it's the Blues if you wear a suit ... unless of course you happen to be an old ethnic person ... and you slept in it.

12. Do you have the right to sing the Blues? Yes, if:
a. you older than dirt
b. you blind
c. you shot a man in Memphis
d. you can't be satisfied

No, if:
a. you have all your teeth
b. you were once blind but now can see
c. the man in Memphis lived
d. you have a 401K or trust fund

13. Blues is not a matter of color. It's a matter of bad luck. Tiger Woods can never sing the blues. Sonny Liston could. Poor, ugly white people get a leg up in the blues. 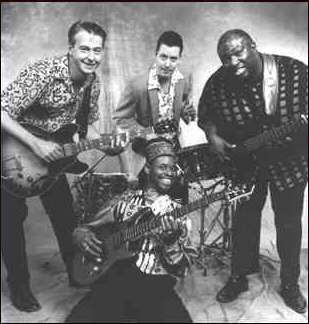 14. If you ask for whiskey and your darlin' give you water, that's the Blues. Acceptable Blues beverages are:
a. cheap wine
b. whiskey or bourbon
c. muddy water
d. nasty black coffee

The following are NOT Blues beverages:
a. Perrier
b. Chardonnay
c. Snapple
d. Slim Fast

15. If death occurs in a cheap motel or a shotgun house, it's a Blues death. Stabbed in the back by a jealous lover is also a Blues way to die. So are the electric chair, substance abuse and dying lonely on a broken-down old cot.
You can't have a Blues death if you die during a tennis match or while getting liposuction. 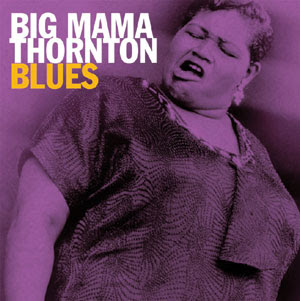 18. Persons with names like Amber, Jennifer, Tiffany, Debbie, and Heather can't sing the Blues no matter how many men they shoot in Memphis.

20. No matter how tragic your life, if you own a computer you cannot sing the blues. 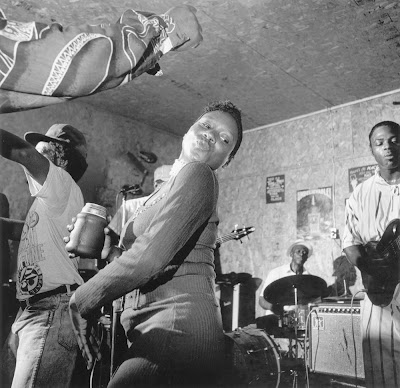 Fat River Dumpling. Beautiful, just beautiful. Bunche, an excellent dissertation on the nature of the Blues.

#19 alone made me spit my cold, bad coffee (Blues) all over my computer (not Blues).

goodbye big mike,
hello, Cripple Mango Chase
with nods and deference to Salmon P. Chase, Chief Justice of the United States (1864-1873) the face on the now defunct $10,000 bill.
"Woke up this morning, govenment done stopped issuing my bill.
Woke up this morning, treasury won't print up my grill.
My baby big bessie done slapped me, and i ain't got the cash for my cold coffee or pills."
-cripple mango chase