THE AUTOPSY RESULTS ARE IN: KEVIN DuBROW, LEAD SINGER OF QUIET RIOT, DIED FROM A COCAINE O.D. 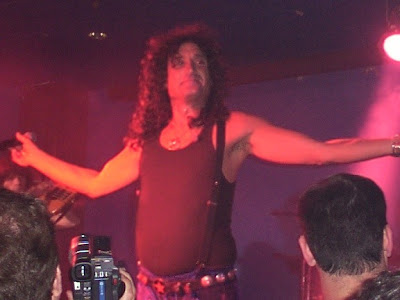 John Bligh called it (more or less), and John Gibson alerted me to the details. As previously reported here in the Vault, Kevin DuBrow, lead singer of Eighties pop metal combo Quiet Riot, died suddenly at age 52, but there was no word of cause of death at the time. Well, here's the skinny from the Associated Press, and you've just gotta love the last line:

That photo makes it look more like he died from an overdose of Devil Dogs!

Surprising and saddening pretty much no one.

Douches with negative comments about a band that had their ups and downs... At least they had some good times. I bet the anonymous listened to them while they were beating off to women while Kevin had the real deal! Fuckin pansies!