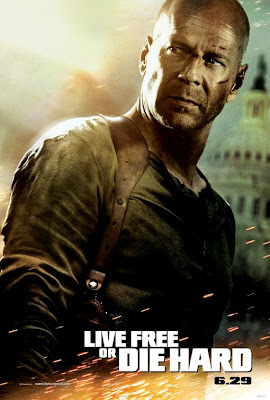 One of the worst sequels since EXORCIST II: THE HERETIC (1977), this movie sucks ass on so many levels it would be nearly impossible to address its utter awfulness in this forum. All you need to know is that it was released theatrically with a PG-13 rating in an attempt to lure in the all-important teen market, to which I call "Bullshit!" and point out that at no point in history has an R-rating kept any truly determined underage attendee out of unwholesome flick they wanted to see. And all the unrated DVD version has to offer by way of stronger-than-PG-13 material is slight usage of the F word.

I've occasionally described certain action flicks as being what a nine-year-old boy would have come up with if he filmed his own backyard play with his G.I. Joe Adventure Team toys (that was a seventies thing, with the big Joes and not those glorified butt plugs from the eighties), but in this case I would mean it as the harshest pejorative, so I won't use it since even the old G.I. Joe toy commercials were better than this turd. 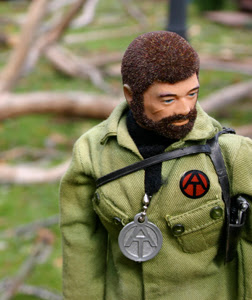 LIVE FREE OR DIE HARD is louder, dumber, and just plain "more"-er, with naught upon which to hang its many by-the-numbers action set pieces, and since the plot is a gigantic "who gives a fuck?" — the terrorist mastermind is a disgruntled former-CIA computer whiz...YAWN — there's simply nothing here to recommend. Did Bruce Willis really need cash for a can of noggin wax that badly? I love the Bruce and after enduring this piece of shit even I want to force him to dress in a Little Lord Fauntleroy getup, complete with enormous lollipop, and stand him on a corner in Bedford-Stuyvesant while forcing him at gunpoint to shout, "Rap music is for homos!!!" 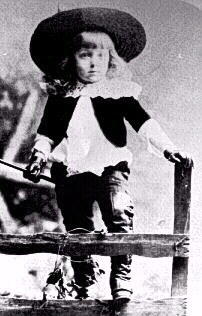 The resulting dismemberment would definitely be a lot more fun to watch than this complete and utter waste of time and money. Don't even watch this one when it hits cable. TRUST YER BUNCHE!!!
Posted by Bunche (pop culture ronin) at Wednesday, December 19, 2007