THE SHOEMAKER: ANATOMY OF A PSYCHOTIC (1983) 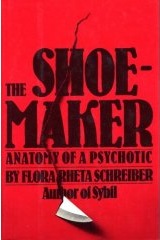 I've read many books on serial murderers and other assorted criminals — perhaps too many — and I have to say that THE SHOEMAKER may just be the best of the lot.

I don't know why you may read this kind of stuff — gory and lurid descriptions of unspeakable and inhumane crimes against helpless victims is a good bet — but I read it because I'm utterly fascinated and appalled by the depths to which the human mind can sink. What does it take to allow oneself to not only kill for no good reason, but to do so in the sickest, most depraved manner possible? That's a question I've sought to have answered since my mid-teens and while many books have presented the sordid details on dozens of such cases, both famous and not, many such books aim their focus on describing the myriad horrors committed and the subsequent investigations leading to the apprehension of the culprits, often giving short shrift to the circumstances that created these human monsters.

Journalist Flora Rheta Schrieber, author of SYBIL (1973), examines the case of Joseph Kallinger from birth through his brief murder spree and paints a picture of sheer tragedy unlike anything you've ever read in a true crime account or even fiction, actually eliciting outright sympathy for the psychotic burglar/killer from the book's opening pages. 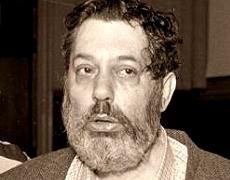 Born to an unwed mother in 1937 and later adopted by a pair of Austrian immigrants, Joseph was a soul doomed from the beginning. His inhumanly stern foster parents psychologically and physically abused him relentlessly from the moment he came into their "care," grooming him to follow in the father's footsteps as a skilled shoemaker while restricting him from all outside contact, save for his schooling, and threatening him with genital mutilation and burning his fingers on the flames of their gas stove. These early torments, among others, sowed the seeds of paranoid schizophrenia and eventually lead to tragedy when Joseph married (twice) and started his own family. While his shoe repair business thrived, Joseph's behavior became increasingly bizarre — including arson and hallucinations of communicating with God, who reportedly told him it was his mission to save the human race by creating perfect orthopedic lifts, leading Joseph to experiment at that with a series of insane tests on hamsters — and his anti-social tendencies escalated to the point of iron-handed mastery over the kingdom of his household, causing the increasing delinquency of his adolescent brood to be met with harsh reprisals that could fairly be considered torture. When his "discipline" became too much to bear, his children filed charges of cruelty that resulted in their father being sent to prison, yet during his time behind bars Joseph did not receive proper psychiatric care, despite the recommendations of several qualified mental health experts that he be sent to a facility that could help treat his illness, and so he withdrew further into his insane fantasies as a way of coping with the abuses and deprivations suffered while incarcerated.

To make a long and heart-breaking story short, Joseph was eventually released and his name cleared after his kids agreed to say that they made up their stories of abuse (in exchange for gifts of money, clothes, and fine food, effectively making their dad their bitch) and once outside he eventually enlisted one of his sons for his latest hallucination-appointed mission: the redemption of the human race by its total annihilation. His psychosis egged on by visits from the Spectre of Death and a dismbodied featureless head named Charlie, Joseph and his son went on to break into private homes and steal any valuables they could find, castrate and murder a young boy, kill another of his own sons because the kid was insubordinate and belligerent (as well as engaging in sex with men, thereby shamefully making him "a fag"), and finally hold a house full of people hostage, resulting in the stabbing death of a well-known local nurse. From there Joseph's mission inevitably unraveled and he was issued multiple sentences that ensured, once and for all, that he'd never see the outside world again. At least the guy got therapy out of it this time, but at the cost of innocent lives.

What makes THE SHOEMAKER so compelling is Schrieber's focus on the human angle of the Kallinger case, a recounting made all the more trenchant by her years-long dialogues with the man, conversations that are quoted verbatim from Kallinger himself and show him for the irreparably-damaged individual that he is. His adoptive parents simply had no business raising a child, and if there had been any kind of serious child welfare agencies back in those days perhaps the soul-and-mind-crushing tragedy of Joseph Kallinger's life could have taken a different course. Read this book and you just may never bitch about your own parents again.
Posted by Bunche (pop culture ronin) at Thursday, December 27, 2007

Brrrrr... I read that book back when it came out, and it haunts me even now. The things that pair of "foster parents" did to young Joe are worthy of a deep seat in Hell. The bit with the scissors was the product of a deeply disturbed mind.