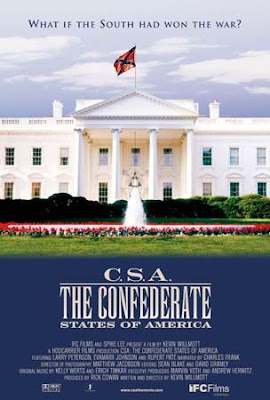 If ever there were a film that's guaranteed to make the average American squirm uncomfortably, this is it. Kevin Wilmott's brilliant fake documentary takes us through an alternate history in which the south won the Civil War, a state of affairs that leads to the ways of the antebellum period continuing into a radically different present. To say much more would give away a lot of the bite of this paiful and unflinching satire, but I would like to point out a few excellent bits:

"I Married An Abolitionist"-a clip from a 1950's horror flick that hilariously cribs from I MARRIED A MONSTER FROM OUTER SPACE (1958). 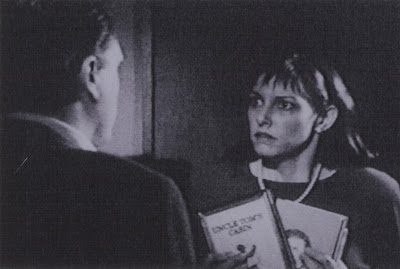 "Runaway"-a vicious and accurate look at the alternate history's version of the TV series "Cops." (The ultra-redneck bluegrass parody of the "Cops" theme tune is priceless and creepy when you consider that such a society would never have allowed hip-hop or reggae to happen, the music revolution of the mid-1900's instead taking place in a slaveless Canada.) 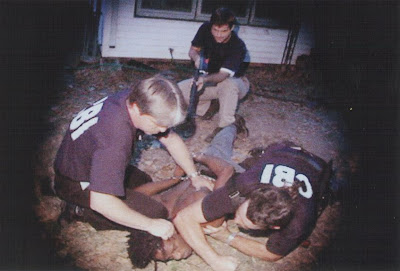 There are some great clips from classic films from the alternate history including a silent credited to D.W. Griffith entitled "The Capture of Dishonest Abe," about a blackface-disguised Lincoln's attempt to escape the country to Canada via the Underground Railroad, 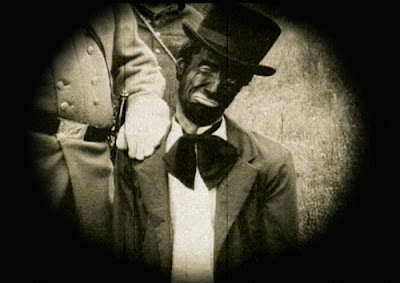 and an incredibly overacted perf by a British actor in blackface portraying the slave who gave Jefferson Davis the idea to allow northerners to own slaves.

This is really good stuff, simultaneously chilling and darkly funny, to say nothing of thought-provoking. I'm guessing it didn't get a major theatrical release due to the incendiary nature of the material, but if you're reading this blog you're obviously not a pussy and can handle it, so take a chance and TRUST YER BUNCHE!!! 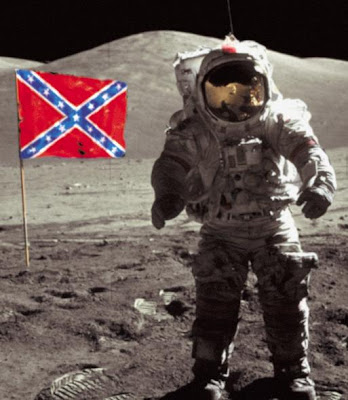 Well, at least it's better than MTV.
Posted by Bunche (pop culture ronin) at Tuesday, December 18, 2007

Why do I have a feeling that the Tea-Baggers would choose this world over our own if they could?