WELL, THAT WAS QUICK! 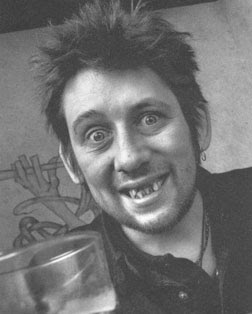 Thanks to John over at Gruntosaurus Rex for the incredibly swift heads-up on this one. From Telegraph UK:

BBC Radio 1 has bowed to mounting pressure to play the uncensored version of “Fairytale of New York” after a flood of complaints from listeners and the mother of the singer Kirsty MacColl. The station’s head of music, George Ergatoudis, had ordered the word to be removed from the single, which is in the running to be this year’s Christmas number one, for fear of upsetting homosexuals. He had stood by his decision to censor the duet between MacColl and Shane MacGowan of The Pogues, even though the station has been playing the song in full every year since it was first released in 1987. But after a day of heavy criticism, Mr Parfitt backed down, saying that the singers did not use the word with any “negative intent”.

He said: “Radio 1 does not play homophobic lyrics or condone bullying of any kind. It is not always easy to get this right, mindful of our responsibility to our young audience. I understand absolutely the thinking behind this decision. While we would never condone prejudice of any kind, we know our audiences are smart enough to distinguish between maliciousness and creative freedom.”

Fans were left baffled by the decision to bleep the word “faggot” from the line: “You scum bag, you maggot, you cheap, lousy faggot, Happy Christmas your arse, I pray God it’s our last.” They attacked the move as ridiculous, especially because Radio 2, which is considered more conservative, had decided to play the song in full.

MacColl’s mother, Jean, had dismissed the move as “pathetic and ridiculous”, saying that some of the world’s most famous writers used bawdy language. “Shane has written the most beautiful song and these characters live, they really live, and you have such sympathy for them,” she said. “Today we have a lot of gratuitous vulgarity, which I think is quite unnecessary. But these are characters and they speak like that.”

Radio 1 listeners also inundated the station’s website with complaints about the decision. One wrote: “What an absolutely ludicrous decision. How can a song be played so much for 20 years, yet suddenly it’s offensive? So Radio 1 will be censoring the song but Radio 2 won’t? Nice to see some consistency from PC BBC.” Another said: “I’m offended that you have edited this classic Christmas song. I would love to know what the person is like who, after 20 years of playing the song, now decides that someone 'might’ be offended. It’s pathetic.”

Even gay rights campaigners had criticised the decision as “misguided." Andrew Gilliver, spokesman for the Lesbian and Gay Foundation, said: “I have spent hours ringing around and trawling the internet and I can’t find anyone in the gay community who is offended by this song, in fact it is well loved. Obviously that word put in a different context can be offensive, but not in this song, it is about how the word is used. I don’t think it is offensive here, unlike the homophobic language used in rap music. By making this an issue we are just bringing that word to the fore again, it’s creating a problem where there isn’t one.”

"Fairytale Of New York" has been covered by more than 10 different bands since it first hit top spot in Ireland in 1987. In 2000, Ronan Keating and Maire Brennan caused controversy when they changed the sentence “you cheap lousy faggot” to “you’re cheap and you’re haggard” in their cover version.

Shane MacGowan told Channel 4 News the row “says more about Radio 1 than about me or about anyone else," adding that it was “probably quite a good thing, really ... because everyone will want to know what the bleeps are”. He seemed bemused by the fuss, saying: “It’s just a pop song at the end of the day.” Asked if he was upset about Radio 1’s decision to edit the lyrics, MacGowan replied: “I can get through that one without any trouble.”

But gay rights campaigner Peter Tatchell said that Radio 1’s U-turn was evidence of double standards. He said: “I doubt that the BBC would take the same relaxed attitude if this song included the n-word" or other ethnic slurs. For the sake of consistency, the f-word should be deleted. The BBC and other media urgently need to agree a consistent policy covering all forms of prejudiced language so that homophobic, racist, anti-Semitic and sexist words are all treated in the same way,” he said. 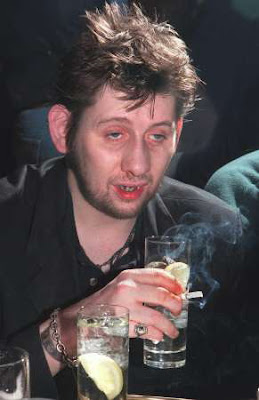