The holiday greetings are rolling in, and here are the latest three. First up is this Chanukkah card from my buddy Josh Crystal of Crystal J Design . He's the nephew of my pals Ruth and Dvorah — two nice Irish lasses...not! — and I first met him a few years back during one of Ruth's celebrated summer cookouts. Like many of my non-blood family he's a comics and sci-fi goon, traits that instantly endeared him to my crew, so we took him under our collected wing and corrupted the living shit out of him (not that it was all that hard to do). He's an alright guy and I wish I saw him more often, his card making me smile and remember just how much I like him. 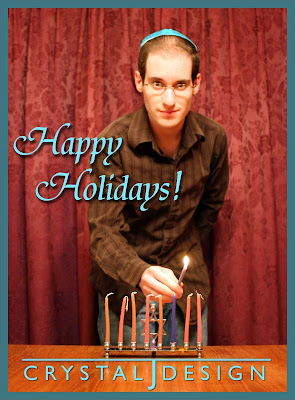 This one's from Gregg Schiegel, mastermind of Hatter Entertainment and a comrade from my Marvel Bullpen days whose comics work back then didn't even display a hint of the virtuosity he'd later develop. I've seen examples of his work since that bygone time, and with each passing year he only improves. And this card gets extra credit for depicting Middle East folk who look like Middle East folk rather than Ted Nugent with five o'clock shadow. 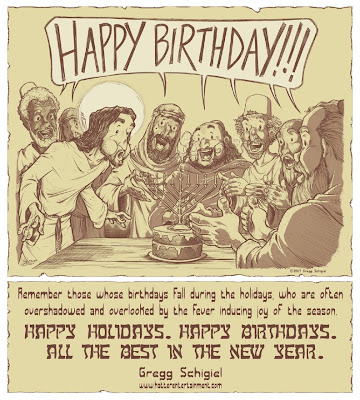 And finally one from my friend of over three decades, Tom Petrone, seen here essaying the role of Dr. Watson in a production of "Sherlock's Last Case." 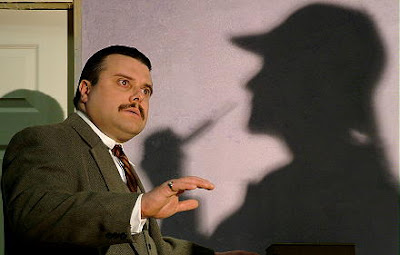 Along with being a terrific actor — both in "bear" porno and onstage — he's a master of the absurd, silly, and just plain idiotic, and this gag definitely falls into all three of those categories. He came to me last year with the idea for this and asked if I'd help him out with the Photoshop chores on it, and I happily said yes. As you can see, it's one of my patented awful digital collages that tries (and fails) to emulate the DIY charm of Terry Gilliam's cutout visions of madness, and I'm glad to see my buddy has put it out there this season. 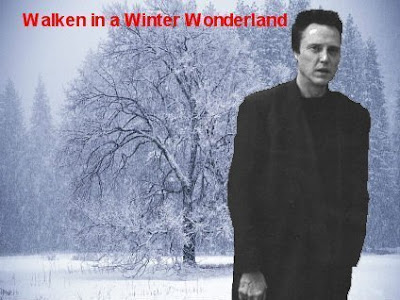