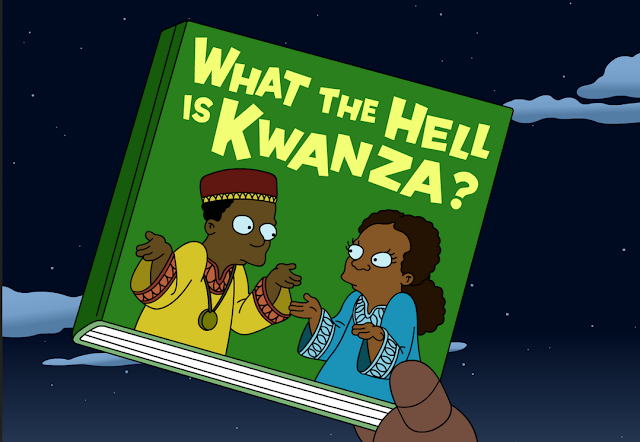 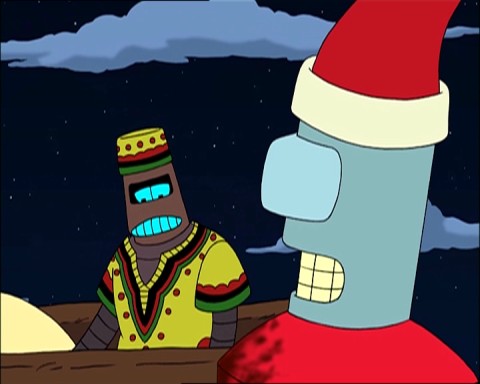 You should look up Ron Karenga sometime -I think he was involved in the murders of 5 Black Panthers in Los Angeles and operated as a mole in the black power movement for the FBI in the 60's. He's a real interesting piece of work...

I just found this post and really enjoyed it. As you know, my stepfather was a black activist, so we celebrated Kwanzaa every year. I was the only white girl I knew at the time who had the 7 principles memorized.

I would like to learn more about Ron Karenga. His "Jesus was psychotic" statement aside, I've often wondered why so many people whose ancestors were enslaved, colonized and oppressed by white Christians still adhere to that religion, but that seems to be the way of things. Proselytizing religions conquer other peoples, and enforce their beliefs or the conquered figure to have power themselves they'd better adopt the god who won.

Like you, I don't really understand the fetishism of what country one's forebears came from, as I think peoples and cultures mixing is a good thing. After all, homo sapiens and neaderthals all pretty much evolved in the same area from the same DNA. However, considering the history of how African Americans came to this country and the lack of respect and power they've had, it is understandable to want to find a uniting theme and ways to be proud of your heritage. You may be right that it makes more sense to do it by honouring African-Americans more, but when do the feelings of crowds of humans make logical sense?

As for thuggish behaviour and materialism, I think that's a class/oppression issue. Desperate people all over the world celebrate the underclass man who becomes rich and powerful by any means necessary. The spread of the thug culture probably has more to do with the history of black people being poor, oppressed and nearly doomed to incarceration, plus the spread of capitalism (a force much like an invading religion) and an entertainment industry that rewards the image. If all of us valued education, health care and equal rights more, things might change. But it is sad to see African-Americans perpetuating the system because they feel hopeless or it's the only thing they know.